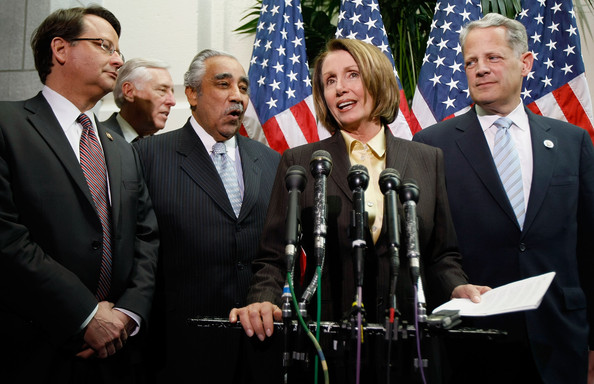 By Michael O’Brien – The Hill

House Democrats on Sunday night set into motion what they hope will be the final steps on healthcare reform.

The House Budget Committee on Sunday evening released text that will serve as the base legislation for the changes the House will seek to the Senate bill this week.

Specifically, the Budget committee released a 2,309-page effort that had been previously recommended to the Education and Labor Committee and Ways and Means Committee last year.

The measure posted online does not include the substantive changes to the Senate healthcare bill that House Democrats will seek. Those changes will be offered during the markups in the Budget and Rules committees, which the budget panel hopes to begin on Monday afternoon.

Because the bill will be considered under budget reconciliation rules in the Senate, GOP senators will not be able to filibuster the package and Democrats will not need 60 votes to move the legislation through the Seante.

The House has demanded the Senate approve changes to its healthcare bill in exchange for the House voting for the Senate bill.

House Democrats hope to complete their work by this weekend, before President Barack Obama begins an overseas trip he delayed for several days to focus on healthcare.

The markup by the Budget Committee is the first step toward bringing the measure to the House floor.