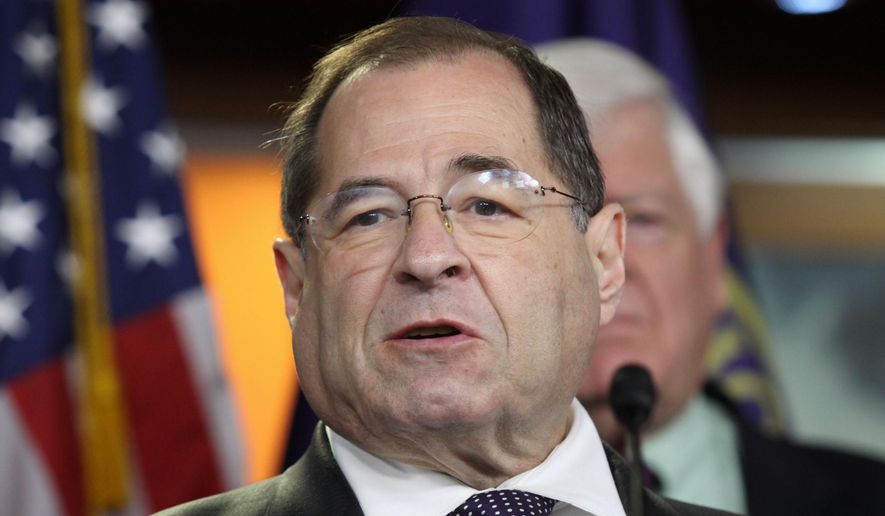 The head of the House Judiciary Committee on Wednesday subpoenaed the Department of Homeland Security (DHS) for documents related to allegations that President Trump promised pardons to officials who carry out orders connected to construction of a wall at the southern border that could be illegal.

Judiciary Chairman Jerrold Nadler (D-N.Y.) asked Acting DHS Secretary Kevin McAleenan in the subpoena to provide documents related to two meetings in March and April of this year between Trump and DHS officials where the topic of pardons reportedly came up, giving him a deadline of Sept. 17.

“The dangling of pardons by the President to encourage government officials to violate federal law would constitute another reported example of the President’s disregard for the rule of law,” Nadler said in a statement.

A spokesman for DHS did not immediately respond to a request for comment.