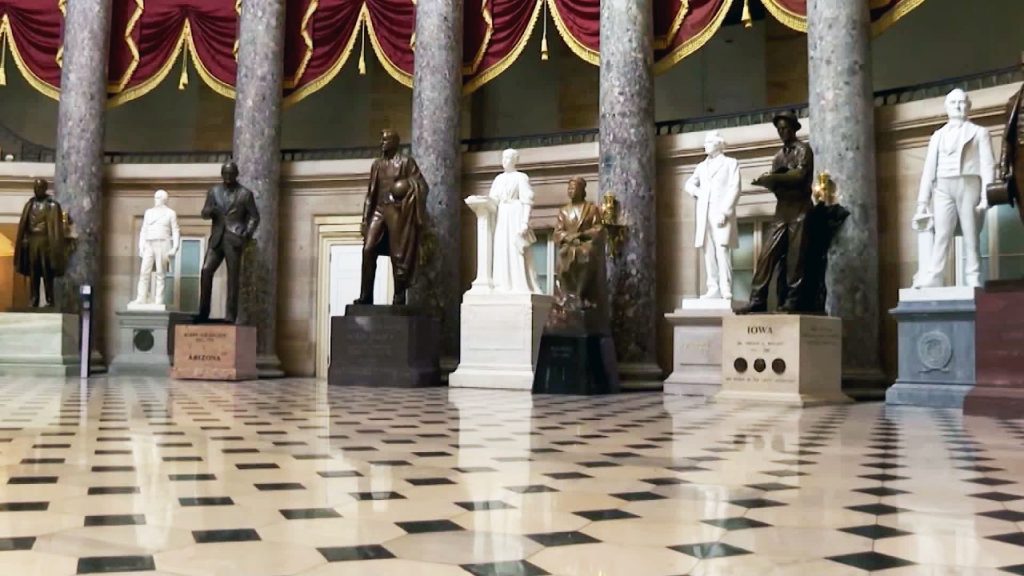 The House voted Wednesday to approve legislation to remove statues in the Capitol of people who served the Confederacy or otherwise worked to defend slavery, a moment sparked by the demonstrations for racial justice across the country.

The legislation was approved in a 305-113 vote. All of the “no” votes came from GOP lawmakers, while 72 Republicans voted to remove the statues.

“Just imagine what it feels like as an African American to know that my ancestors built the Capitol, but yet there are monuments to the very people that enslaved my ancestors,” Rep. Karen Bass (D-Calif.), the leader of the Congressional Black Caucus, said ahead of the vote.

She also noted the fact that the legislation was being approved less than a week after the death of Rep. John Lewis (D-Ga.), the civil rights legend who spoke at the 1963 March on Washington and suffered a skull fracture from state police at another march in Selma, Ala.

“I think it’s so appropriate that we do this also in honor of Mr. Lewis. The main honor for Mr. Lewis, to me, is to get a signature on the Voting Rights Act. But this is also a way to honor his legacy because what he fought for every day is the exact opposite of these symbols,” Bass said.