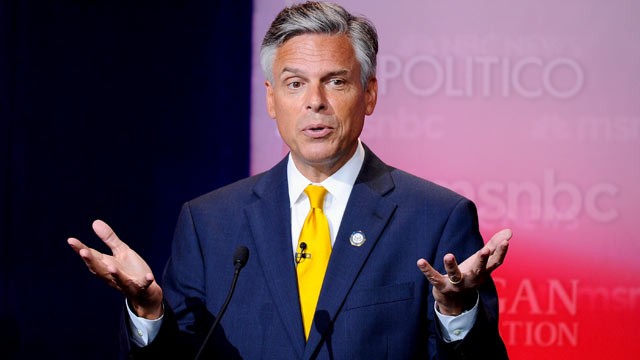 CHARLESTON, S.C. â€” Jon M. Huntsman Jr. informed his advisers on Sunday that he intends to drop out of the Republican presidential race, ending his candidacy a week before he had hoped to revive his campaign in the South Carolina primary.

Mr. Huntsman, who had struggled to live up to the soaring expectations of his candidacy, made plans to make an announcement as early as Monday. He had been set to participate in an evening debate in Myrtle Beach.

A third-place finish in the New Hampshire primary last week failed to jump start his flagging candidacy, aides said, and his campaign limped into South Carolina with little money. Mr. Huntsman has spent days pondering his future in the race, but aides said that he concluded he was unlikely to topple Mitt Romney or match the momentum of his Republican rivals in the conservative Southern primary.

Mr. Huntsman will endorse Mr. Romneyâ€™s bid for the Republican nomination this week, according to several people who spoke on condition of anonymity.

The decision from Mr. Huntsman came on the same day that he received the endorsement from The State, the newspaper in the capital of Columbia. He had campaigned in South Carolina over the weekend, not giving any indication that the end was near.

Mr. Huntsman first signaled his presidential ambitions here in South Carolina in May, days after returning from Beijing, where he had been the United States ambassador to China. He surrounded himself with a veteran roster of advisers who positioned Mr. Huntsman as a new brand of Republican.

He made the decision not to compete in the Iowa caucuses to focus on the New Hampshire primary. For months, he struggled to gain attention, and the race largely moved along without him.

Mr. Huntsmanâ€™s bid ended with a fizzle that was striking considering itâ€™s start. He was feted with glossy magazine profiles and high marks from pundits who predicted he would be a formidable general election opponent to President Obama, his old boss.

But his moderate positions and understated style never seemed right in an angry year of disaffection. He struggled for poll ratings and money, and was not expected to make a great showing in his weeks campaign financial filings.