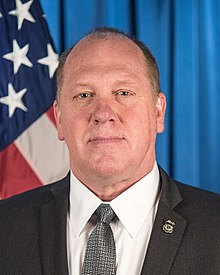 “The people of California will not be bowed by the Trump administration’s brazen aggression and intimidation tactics,” the California Democrat said. “Californians will continue to proudly keep our doors open to the immigrants who make America more American. We will fight this sham lawsuit and will fight all cowardly attacks on our immigrant communities.”

Homan responded on “Varney & Co.” defending his officers for putting “their lives on the line” each day for their country