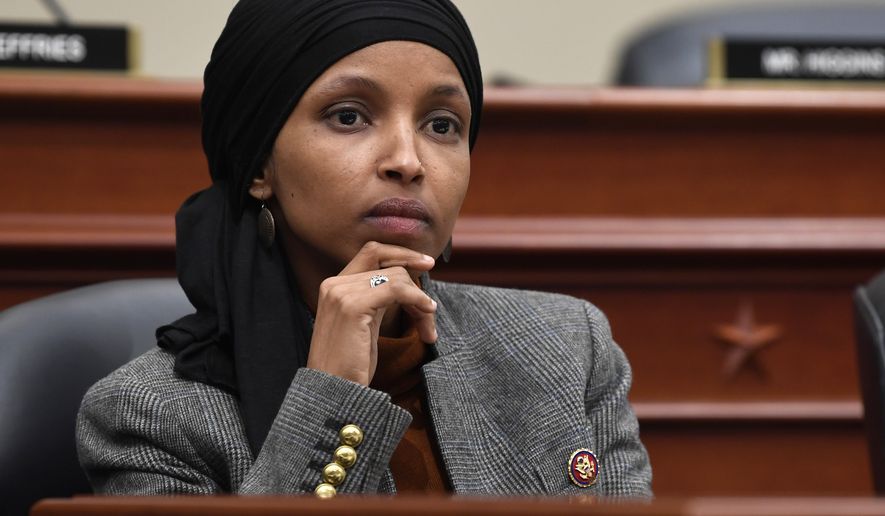 MINNEAPOLIS — Minnesota campaign finance officials said last week that U.S. Rep. Ilhan Omar misused campaign funds in violation of state rules. They also revealed that she had filed joint tax returns with her husband years before they were legally married and at a time when she was married to another man.

The revelation put the freshman representative under more scrutiny from critics who have taken issue with her marital past. One tax expert says if the issue has been corrected she’s unlikely to face any criminal consequences.

Some questions and answers about the tax issue:

Q: What did Omar do wrong?

A: The Minnesota Campaign Finance and Public Disclosure Board said Thursday that Omar and her husband, Ahmed Abdisalan Hirsi, filed joint tax returns for 2014 and 2015 – before they were actually married and while Omar was legally wed to another man. While some states allow for joint filing for “common law” marriages, Minnesota does not, and filing joint tax returns with someone who is not your legal spouse is against both federal and state law.