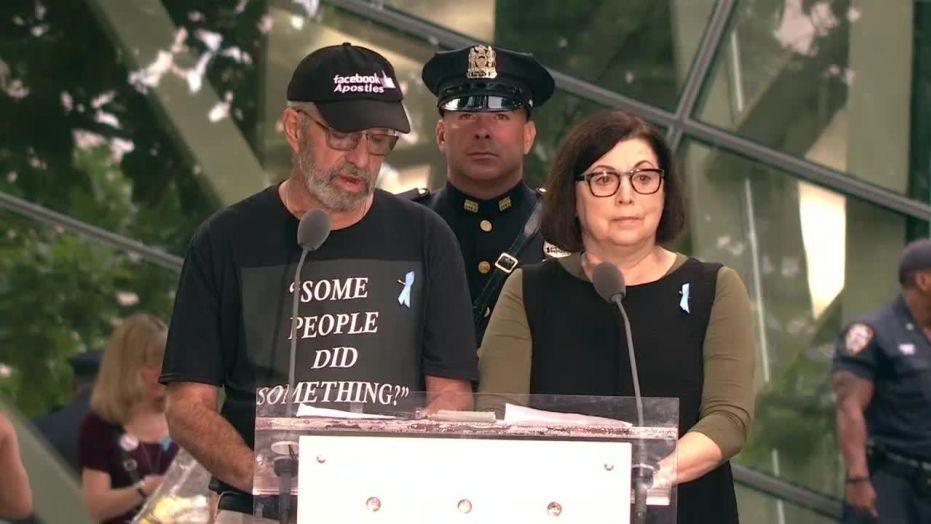 Nicholas Haros Jr. wants Rep. Ilhan Omar and “the Squad” to know exactly who those “some people” are that perpetrated the “something” that took the life of his mom – and nearly 3,000 other people – 18 years ago.

The New Jersey resident, who lost his mother Frances in the 9/11 terror attacks, ripped the Minnesota congresswoman on Wednesday during a reading of victims’ names at Ground Zero after Omar’s infamous remarks earlier in the year in which she described the most horrific attack to ever occur on the American homeland simply as “some people did something.”

“Today I am here to respond to you exactly who did what to whom,” said Haros Jr., who sported a shirt with Omar’s words and was met with some applause from a crowd of families and relatives who had gathered for the ceremony. “Madam, objectively speaking, we know who and what was done. There is no uncertainty about that. Why your confusion?”

He continued: “On that day 19 Islamic terrorists, members of Al Qaeda, killed over 3,000 people and caused billions of dollars of economic damage. Is that clear?”