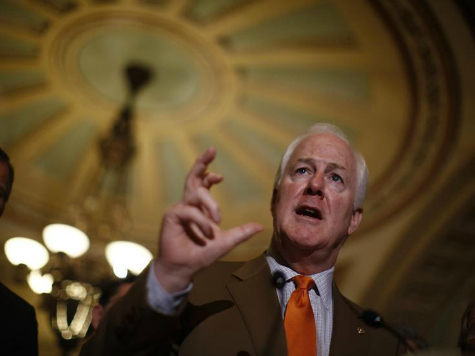 Senate Republicans say the first week of House impeachment hearings hasn’t moved the needle in their conference and question whether the proceedings consuming Washington have much traction outside the Beltway.

Sen. John Cornyn (R-Texas), who is up for reelection next year in what is increasingly becoming a battleground state, and Sen. Lisa Murkowski (R-Alaska), a moderate swing vote in the upper chamber, for example, say their constituents aren’t even closely following the impeachment proceedings.

Although it is becoming increasingly clear that President Trump attempted to use military aid to pressure Ukraine to investigate former Vice President Joe Biden, the bottom line for Republicans is that it doesn’t reach the threshold to remove President Trump from office.

“I just don’t think that a lot of my constituents are paying that much attention to it because they’ve got lives to lead and other important things to do,” Cornyn said.