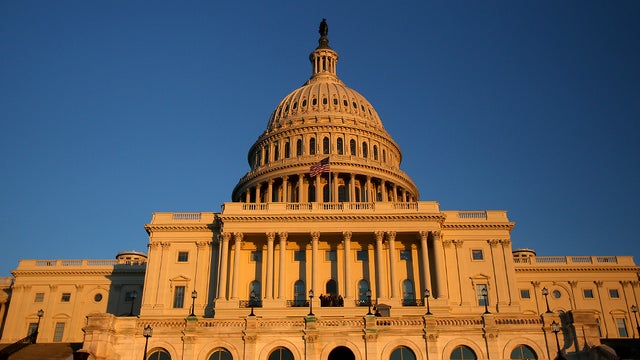 Lawmakers and strategists in both parties say impeachment could drown out almost every other issue in next year’s elections, making races for the House and Senate a referendum on President Trump.

All presidential elections end up mostly being driven by the battle for the White House, but the high-stakes impeachment battle is threatening to ratchet things up to a whole new level.

Both parties believe the fight could work to their advantage by driving partisans to the polls, creating some real uncertainty — especially for senators and House lawmakers in swing states or districts.
Fred Yang, a Democratic pollster with Hart Research Associates, predicted the “drip, drip” of impeachment will hurt Trump, “especially with independent voters.”

“The more dialogue is about ‘what did he say and how did he say it,’ I don’t think that’s a positive position for Republicans,” he said.

If Yang is correct, that will help Democrats running against GOP Sens. Cory Gardner (Colo.) and Susan Collins (Maine), who are running in states that voted for Democratic presidential nominee Hillary Clinton in 2016. But it could hurt Democratic candidates in states with populations more friendly to Trump, such as Alabama, Georgia and North Carolina.

A flurry of new polls show growing support for impeachment, a warning sign for Trump and his party. But the vast majority of Republicans still oppose impeachment, and independents are split.

Republicans like to point out that the impeachment of former President Clinton backfired on their party in 1998 when Democrats defied historical trends and picked up five seats in that year’s midterm election.

But Democrats note that while House Republicans paid a political price in 1998, impeachment left a stain on the presidency that may have cost Democrats the White House in the 2000 election, when Vice President Al Gore lost to Texas Gov. George W. Bush.

“Having lived through that and seen it at close range, I will tell you that impeachment didn’t help to elect a Democratic president, it helped to elect a Republican president. That’s what happened in 2000, and I saw it every single day,” said Democratic strategist Tad Devine, who worked on Gore’s White House campaign.

In the congressional battle, Republicans will argue that the Democrats’ obsession with removing Trump from office pulled them away from the business of governing in Washington, while Democrats will hit GOP lawmakers for not standing up against the president’s possibly unlawful actions.

Republicans are already rolling out the argument that the House impeachment push is crowding out the legislative agenda while cutting into the economy.

Senate Majority Leader Mitch McConnell (R-Ky.) on Monday said if he were Speaker Nancy Pelosi (D-Calif.), “I wouldn’t want to go into next year’s election having it credibly said that all you did for the whole Congress was harass the president and try to remove him from office.”

“If you’re the leadership over there, you got to think long and hard about what the implications are if it looks like you’re overreaching,” he said.

Saltsman, the GOP strategist, said if there’s an economic downturn between now and the election, he can blame it on the Democratic impeachment push grinding Washington into a stalemate.

“The Democrats’ top three issues are impeachment, impeachment and impeachment. None of those affect the daily lives of people out there who are working most of the time,” he said.

But Saltsman also acknowledged there are political risks for Republicans in defending Trump if more damaging evidence and allegations emerge.

“There’s always a risk,” he said. “But what’s the bigger risk? That they might have found somebody in the White House did something marginally not correct, or that Democrats decided to spend the next six months focusing on impeachment and not the economy?”

Yang, the Democratic pollster, said there’s also a risk of Trump becoming obsessed by the impeachment proceedings and getting away from talking about his vision for governing the country.

“There could be blowback on Democrats, I guess, because if he’s not convicted in the Senate, President Trump can say he’s vindicated,” he said. “But taking a step back, in front of a national audience that will be riveted to this for months, do the president and Republicans think the things that come out will be positive or negative for him? My guess is that they will be negative.”

Other Democratic lawmakers meanwhile are challenging their Republican colleagues to speak out against Trump’s efforts to push Ukrainian President Volodymyr Zelensky to investigate Biden. So far only a few lawmakers, such as Sen. Mitt Romney (R-Utah) and Sen. Ben Sasse (R-Neb.), have spoken out.

Sen. Chris Murphy (D-Conn.) over the weekend challenged Senate Republicans to respond to Trump’s tweet warning that impeaching and removing him from office could “cause a Civil War like fracture.”

“Will Senate Republicans a. support impeachment inquiry; or b. condemn him in strong unequivocal terms,” Murphy asked over Twitter.

Sen. Brian Schatz (D-Hawaii) sarcastically noted the lack of Senate GOP criticism of Trump by responding to Murphy on Monday.

“Hey @ChrisMurphyCT, just following up – I’ve been in meetings – did a bunch of Republicans display their courage and loyalty to the country?” he tweeted.