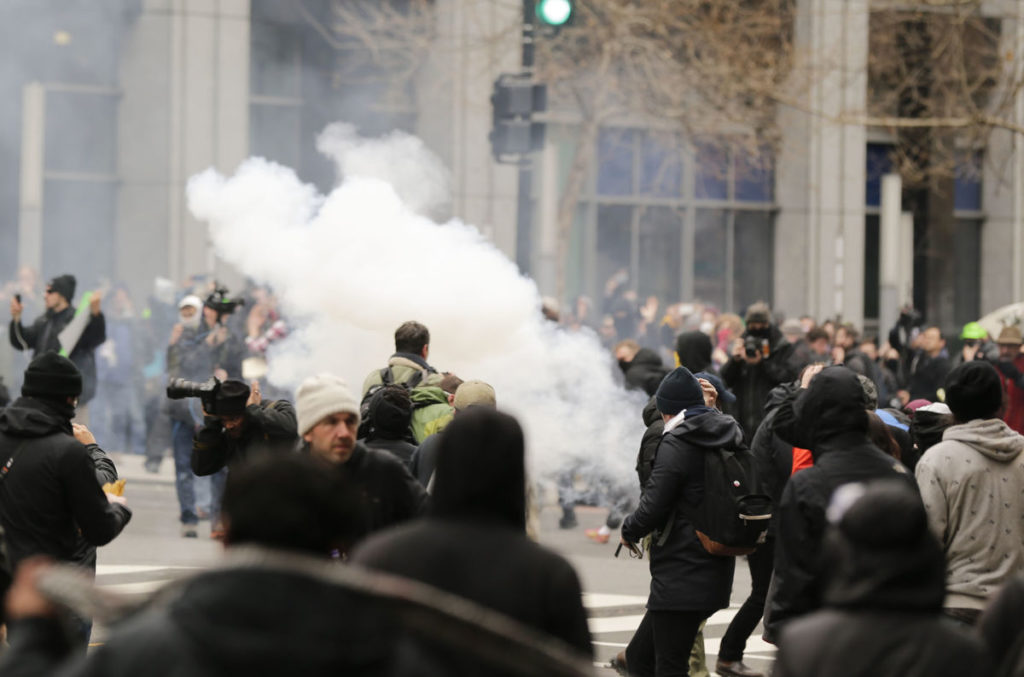 WASHINGTON – Violent and destructive Inauguration Day protests escalated Friday afternoon ahead of the ceremonial parade, as demonstrators smashed window fronts and clashed with police — who used pepper spray and tear gas to try and control the crowd.

Authorities said roughly 90 people have been arrested so far.

At least three officers from the Metropolitan Police Department, the District of Columbia’s agency, suffered non-life-threatening injuries related to demonstrators smashing several storefronts shortly after noon — damaging a Bank of America, Starbucks and McDonald’s about four blocks east of the White House.

A car in the area also was reportedly set on fire.