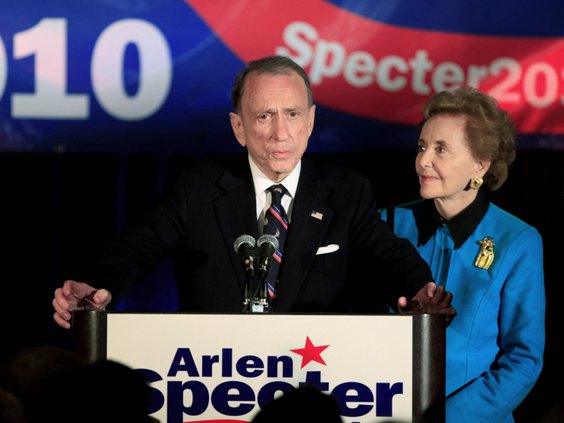 The Washington order suffered big losses Tuesday, with establishment-backed candidates losing or facing a fight for their political survival in all three marquee Senate primaries on both the Republican and Democratic sides.

Democrats did get good news, keeping alive a three-year winning streak in House special elections when congressional aide Mark Critz easily held the Pennsylvania seat left vacant after the death of Rep. John P. Murtha, a towering figure among Washington Democrats. Republicans had tried to turn the race into a referendum on President Obama, but acknowledged that approach came up short in what many saw as a classic swing district.

Still, the message of the night was what Mr. Paul called “a day of reckoning” for those in power on Capitol Hill.

“I have a message â€” a message from the tea party, a message that is loud and clear and does not mince words: We’ve come to take our government back,” Mr. Paul, a 47-year-old ophthalmologist from Bowling Green and the son of Rep. Ron Paul, Texas Republican, said at his victory party after trouncing Kentucky Secretary of State Trey Grayson by 24 percentage points.

Like Mr. Paul, Mr. Sestak said his campaign was a strike against career politicians who are only trying to protect their jobs.

“Accountability has been missing for far too long, and I want to help bring it back,” he said.