IRS promoted employees who cheated on their taxes, audit finds 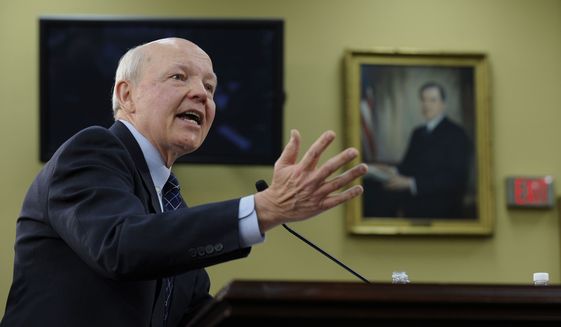 The IRS refused to fire most of its own employees found to be cheating on their taxes — and in some cases even quickly turned around and promoted them within the year, according to an audit released Wednesday.

In about 60 percent of cases of “willful violations,” IRS managers found mitigating circumstances and refused to fire the employees, even though the law calls for that penalty. In some of those cases, the managers didn’t even document why they had overridden the penalty, said Treasury Inspector General for Tax Administration J. Russell George.

“Given its critical role in federal tax administration, the IRS must ensure that its employees comply with the tax law in order to maintain the public’s confidence,” Mr. George said. “Willful violation of the law by IRS employees should not be taken lightly, and the IRS commissioner should fully document decisions made to retain employees whom management has proposed be terminated.”