Israel: Elements of Republican Base ‘Animated By Racism’ 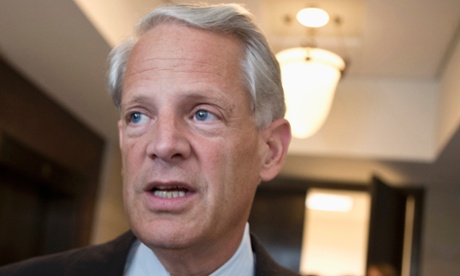 Rep. Steve Israel, chairman of the Democratic Congressional Campaign Committee, said Sunday “not all” of his Republican colleagues are racist.

In a joint appearance on CNN’s “State of the Union“ with National Republican Congressional Committee Chairman Greg Walden of Oregon, the New York Democrat was asked by host Candy Crowley whether he agreed with recent comments by Minority Leader Nancy Pelosi, D-Calif., that race played a factor in an immigration overhaul not being brought up for a vote in the House and whether he thought his GOP colleagues are racist.

“Not all of them, no, of course not,” Israel said. “But to a significant extent, the Republican base does have elements that are animated by racism. And that’s unfortunate.”

Asked if comments about race by Pelosi and Attorney General Eric Holder, as well as the “war on women” rhetoric from Democrats last week, were about getting the base out to vote in November, Israel said, “We don’t need to get our base out, because frankly, we’re ready to pass an immigration bill. We’d rather pass an immigration bill than worry about the election.”

The joint interview also touched on the midterm elections, what else Congress will get done this year, the Republican brand and a recent congressional scandal.