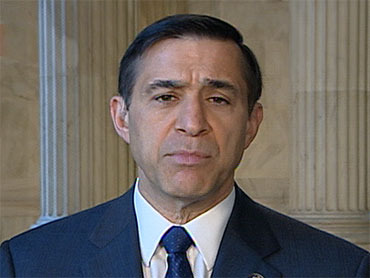 Rep. Darrell Issa, California Republican, called Sunday for an independent investigation of whether the White House offered a job to persuade Rep. Joe Sestak to end his Senate run, in the wake of administration admissions Friday that it had put out feelers to Mr. Sestak via former President Bill Clinton.

Mr. Issa, ranking Republican on the House Oversight and Government Reform Committee, told “Fox News Sunday” he wants the FBI or the Justice Department to investigate the White House’s discussions with Mr. Sestak, Pennsylvania Democrat, about dropping his bid to unseat incumbent Sen. Arlen Specter, who had support from President Obama.

“If they offered a job, it’s a crime,” Mr. Issa said. “It’s clearly a crime. What the White House is now saying happened falls under the statute.”

Pennsylvania Gov. Edward G. Rendell acknowledged mishandling of the matter by the Obama administration, but downplayed the matter, saying Republicans were attempting to criminalize “hard-knuckle politics.”

“This is why people think Washington is crazy,” the Democratic governor said. “This happens all the time.”

Asked whether the incident contradicts Mr. Obama’s campaign promises of a more transparent and more ethical Washington, Mr. Rendell said the president promised change, but “he didn’t say he was going to change everything about everything.”

“Has he changed hard-knuckle politics? No,” he said.

Mr. Rendell did criticize the White House for “stonewalling” on the topic, something he said was “not smart.”

Mr. Sestak did not drop his campaign and went on to defeat Mr. Specter in the May 18 Democratic primary. He will face Republican Pat Toomey in November.