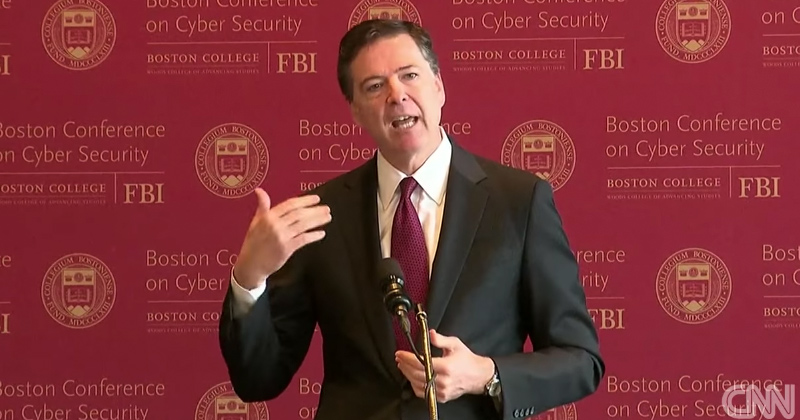 “I think people like that, like Rod Rosenstein, who are people of accomplishment but not real sterling character, strong character, find themselves trapped. And then they start telling themselves a story to justify their being trapped which is, ‘Yeah, he’s awful but the country needs me,’” Comey told host Anderson Cooper.

Cooper brought up Rosenstein as Comey was responding to a question about a recent op-ed he penned, in which he wrote that the president “eats your soul in small bites.”

“Republicans are doing this in Congress. ‘Yeah, it’s awful, but if I speak I’ll get defeated and this nation needs me here right now.’ So they start to make little compromises to stay on the team. Talk about collusion, saying that’s what I need to do to survive and in the process, he has eaten their soul, they’re lost. So that’s what happens to so many of people,” Comey said.