Jeff Sessions: Charlottesville car attack could be a ‘hate crime’ 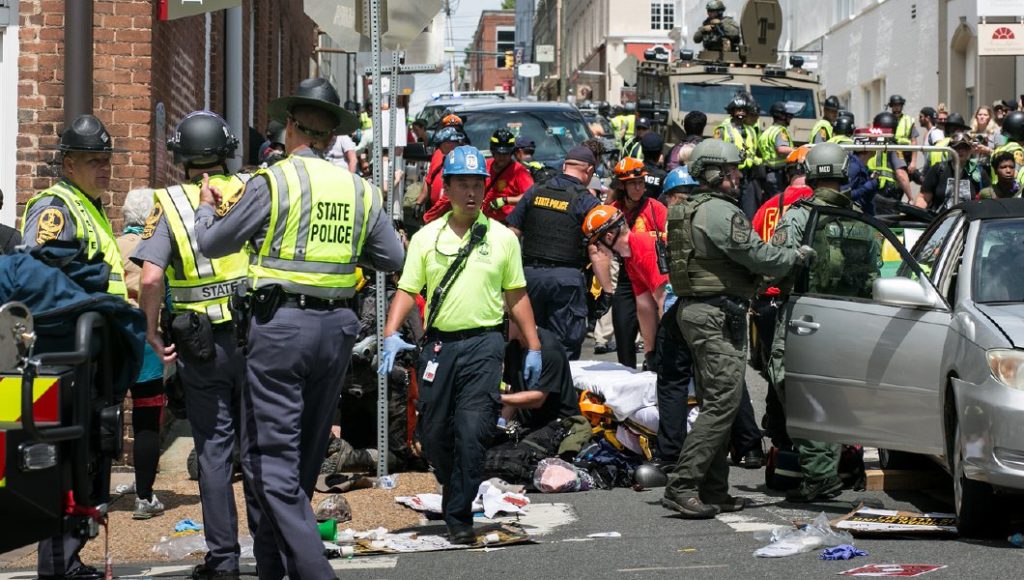 Attorney General Jeff Sessions says the Charlottesville car attack could be a “hate crime,” but cautioned that the Department of Justice is taking its time to charge the driver.

“It very well could be a civil rights violation or a hate crime, and there might be other charges that could be brought,” Sessions told NBC News in an interview on Wednesday.

But, Sessions cautioned investigators are working through to make sure they charge the 20-year-old suspect correctly, and gave no timetable on when that may be.

“So, we are working it intensely on the assumption we may well might want to prosecute him,” he said, adding the Justice Department is working with both state and local officials “in a collaborative way, to see what the best charges will be.”