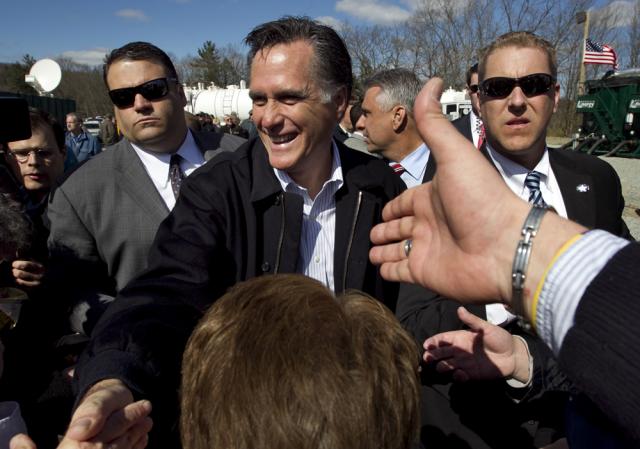 Republican Mitt Romney needs an ailing economy to fully exploit his image as a â€œMr. Fix-Itâ€ who can restore the nationâ€™s financial health, as he turned around the troubled 2002 Winter Olympics. President Barack Obama needs job-creation momentum to persuade voters that things are moving in the right direction, even if millions of people remain unemployed.

Fridayâ€™s neither-hot-nor-cold jobs report leaves both campaigns unsure of whether they can sell their narratives. Employers added 120,000 jobs last month, about half the December-February pace and well short of the 210,000 economists were expecting. Still, the unemployment rate declined from 8.3 percent in February to 8.2 percent, the lowest since about the time Obama took office.

GOP leaders were quick to note that the rate dropped largely because many Americans stopped looking for work and were not counted in the government survey.

The U.S. jobs picture was bleaker when Romney began his second presidential bid a year ago, emphasizing his experience in running the Olympic games and reorganizing companies while at Bain Capital. He said jobs grew during his four years as Massachusetts governor, but critics note that other states had more robust growth.

GOP strategists say Romneyâ€™s hopes this fall hang largely on his ability to convince voters that the current pace of recovery is unacceptable and he can substantially speed it up.