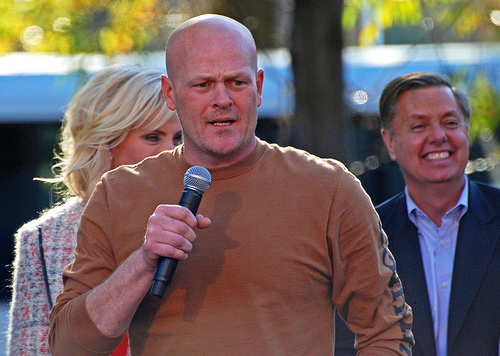 TOLEDO, Ohio | Joe the Plumber is plunging into party politics.

Samuel “Joe” Wurzelbacher, who was hailed by Republican John McCain’s presidential campaign in 2008, won one of nearly 400 seats on the local Republican Party committee in Ohio’s Lucas County.

But don’t call him Joe the Politician just yet.

The group he’ll serve on meets only a few times a year to elect the county chairman and sets the party agenda. Mr. Wurzelbacher won the seat by a 38-24 vote Tuesday in his suburban Toledo precinct. A message seeking comment was left with him Wednesday.

He became an overnight sensation almost two years ago after questioning then-Sen. Barack Obama on the campaign trail about his economic policies and then when Mr. McCain of Arizona repeatedly cited “Joe the Plumber” in a debate.

He was held up by the Republicans as an example of the middle-class worker who would be hurt economically by an Obama presidency.

Mr. Wurzelbacher has since written a book, spoken at conservative gatherings and spent a few weeks as a war correspondent in the Gaza Strip.

He’s resisted calls to run for Congress and has criticized Democrats and Republicans alike. He’s also taken shots at Mr. McCain, confessing in his book that he did not want him as the Republican presidential nominee.

Mr. Wurzelbacher remains an icon for many anti-establishment conservatives.