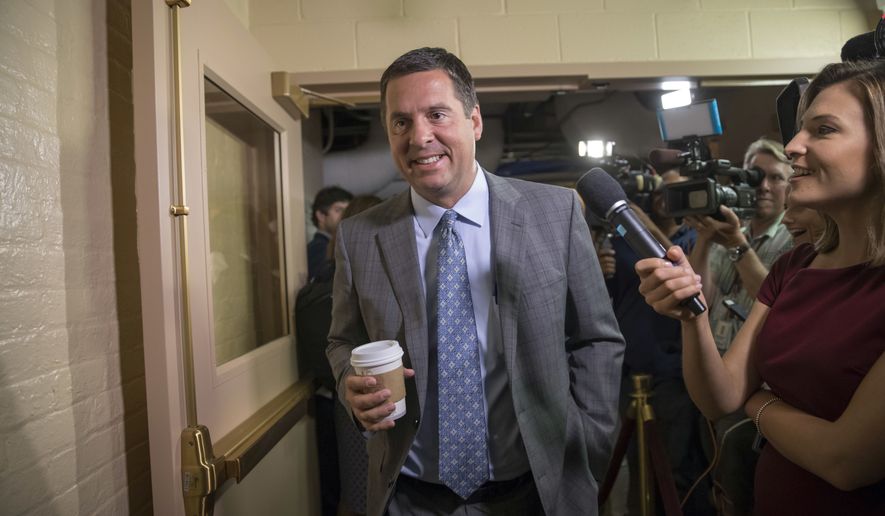 A federal judge will this week consider whether to allow a congressional committee access to banking records from the company behind the anti-Trump intelligence dossier that rocked last year’s U.S. election — an effort the committee hopes will identify those paid for the salacious document.

The opposition research company, Fusion GPS, filed a complaint in federal court Friday seeking to prevent its bank from turning over financial records subpoenaed by the House Permanent Select Committee on Intelligence.

The committee issued a subpoena for Fusion’s banking records on Oct. 4 in an effort to determine who financed former British spy Christopher Steele’s work to write the dossier during the summer and fall of 2016, a source with knowledge of the situation told The Washington Times.

The subpoena, a copy of which is included among the documents filed in U.S. District Court for the District of Columbia, requests documents dating back to August 2015 from the company’s bank — including records of current account balances and past transaction activity.