Judge who overturned drilling bans had shares in the oil industry 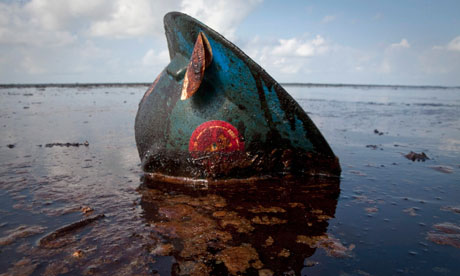 The judge who overturned deepwater drilling bans allowingÂ BP to resumeoil extraction in the Gulf of Mexico, had shares inÂ Transocean and other firms in the industry, it was revealed today.

Yesterday,Â a Louisiana-based judge Martin Feldman ruled that Barack Obama’s six-month drilling moratorium in the Gulf was unjustifiedbecause it assumed that all deepwater drilling was as dangerous as BP’s.

Meanwhile environmental groups have said Feldman’s ruling may have to be rescinded because of the possible conflict of interests.

Feldman’s most recent financial disclosure forms show that he was paid dividends from his shares in Transocean, the firm that owned the Deepwater oil rig that exploded in April killing 11 oil workers, prompting America’s worst environmental disaster.

The forms, which relate to the calendar year 2008, also show that he sold shares in Halliburton, which was also involved in the disaster.

Obama’s interior department imposed the moratorium last month in the wake of the BP disaster, halting approval of any new permits for deepwater projects and suspending drilling on 33 exploratory wells.

Feldman has yet to respond to the disclosures. He is one of many federal judges across the Gulf Coast region with money in oil and gas. Several have disqualified themselves from hearing spill-related claims, while others have sold their holdings so they can preside over many cases being filed.