Justice Department confirms it will not prosecute Holder 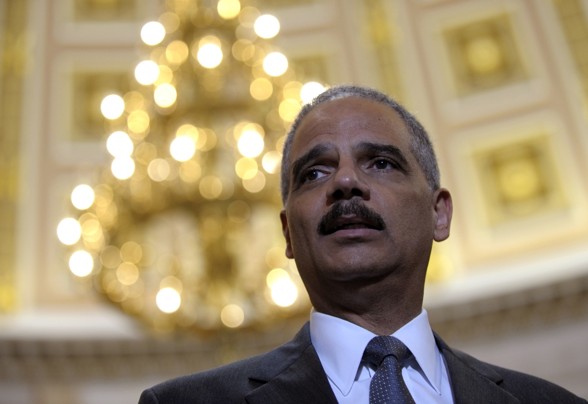 The Justice Department has told House leaders that Attorney General Eric H. Holder Jr.â€™s decision to withhold certain documents about a flawed gun operation from Congress is not a crime and he will not be prosecuted for contempt of Congress.

Deputy Attorney General James M. Cole explained the decision, which was expected, in a letter to House Speaker John A. Boehner (R-Ohio). The letter was released publicly Friday, just over a week after President Obama invoked executive privilege to withhold the documents.

In his letter, Cole said the decision not to prosecute Holder conforms to long-standing Justice Department practice in both Democratic and Republican administrations.

In May 1984, Theodore B. Olson, then assistant attorney general, wrote that U.S. attorneys are not required to refer congressional contempt charges to a grand jury or prosecute an executive branch official â€œwho carries out the Presidentâ€™s instruction to invoke the Presidentâ€™s claim of executive privilege before a committee.â€

In July 2007 and February 2008, Attorney General Michael Mukasey cited the Olson analysis in letters to House Democratic leaders, informing them that Justice would decline to press charges against White House chief of staff Joshua Bolten and White House counsel Harriet E. Miers, who were held in contempt after failing to appear before the House Judiciary Committee.