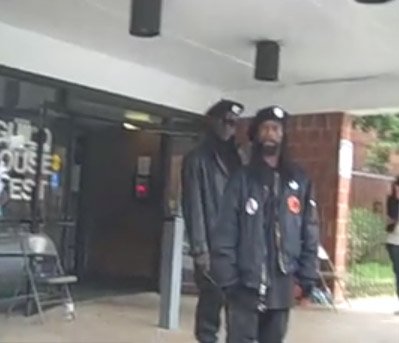 By Jerry Seper, The Washington Times

Assistant Attorney General Thomas E. Perez told the U.S. Commission on Civil Rights on Friday there was “insufficient evidence” to bring a civil complaint against members of the New Black Panther Party who disrupted a Philadelphia polling place in the 2008 general elections.

Mr. Perez, the only Justice Department official to testify publicly before the commission about the case, said that without sufficient proof that party members or the organization’s leader, Malik Zulu Shabazz, directed or controlled unlawful activities at the poll or made speeches to incite or produce lawless action, the complaint “would have likely failed” in court.

“Based on the totality of the evidence and the relevant legal precedent, the acting assistant attorney general made a judgment about how to proceed, choosing to seek an injunction against the only defendant who brought a weapon to the Philadelphia polling place on Election Day and to voluntarily dismiss the other three defendants,” he said.

Mr. Perez said a decision to proceed with claims against one of the New Black Panthers, Minister King Samir Shabazz, and to dismiss the claims against the three others was “based on the merits and reflects the kind of good faith, case-based assessment of the strengths and weaknesses of claims that the department makes every day.

“We assure you that the department is committed to comprehensive and vigorous enforcement of both the civil and criminal provisions of federal law that prohibits voter intimidation,” he said. “We continue to work with voters, communities and local law enforcement to ensure that every American can vote free from intimidation, coercion or threats.”

The commission began an investigation into the New Black Panther Party case after the civil complaint was dismissed, trying to determine if political interference led to the dismissal. Several commission members also have been angry over what they have called the Justice Department’s refusal to turn over documents or to make witnesses available to be interviewed.

The Justice Department steadfastly has maintained that it followed the law and evidence in the case and was not influenced by partisan politics.