Kagan’s image gets some help 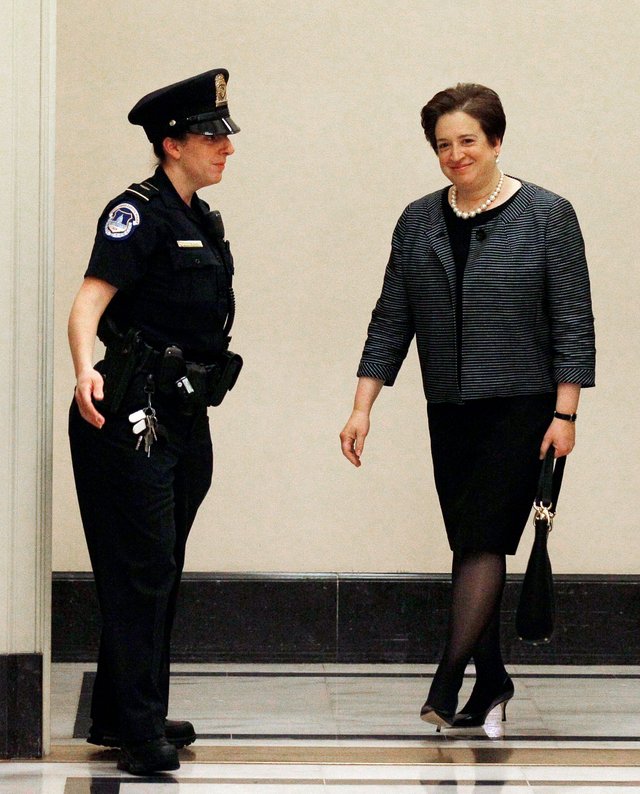 The White House quietly is choreographing every aspect of Elena Kagan’s march toward a lifetime term on the Supreme Court.

From working to dampen the impact of revelations about her stint in the Clinton White House to going out of their way to trumpet praise from conservative backers, members of President Obama’s team are using every available tool to burnish Ms. Kagan’s image.

Take the public release of tens of thousands of pages of files from Ms. Kagan’s time as an aide to President Clinton. The Clinton presidential library in Little Rock, working with White House lawyers, has for two weeks in a row made the records available on Friday afternoons, a time when few people are paying attention. That puts stories about the records in Saturday newspapers, when even fewer are reading.

The last installment of those documents – about 11,000 e-mails Ms. Kagan wrote and about 70,000 more she received while working in the Clinton White House – is expected to be released on Friday, a little more than a week before the Senate Judiciary Committee is to begin Ms. Kagan’s confirmation hearings.

The White House is pressing hard to define Ms. Kagan for Americans before her opponents can. A new poll shows the public’s opinion is still highly shapeable.

In the Associated Press-GfK Poll, conducted last week, 63 percent said they haven’t heard enough about Ms. Kagan to form a good or bad opinion of her. Still, 43 percent think she should be confirmed and 26 percent say she shouldn’t.

At around this point last year, Justice Sonia Sotomayor had stronger public backing – 50 percent said they favored her confirmation.

But Justice Sotomayor’s nomination also sparked more controversy and drew more attention on and off Capitol Hill. The period since Ms. Kagan’s nomination has been dominated by the Gulf oil spill, midterm political news and continuing economic troubles that have drowned out some of the debate on her fitness for the court.