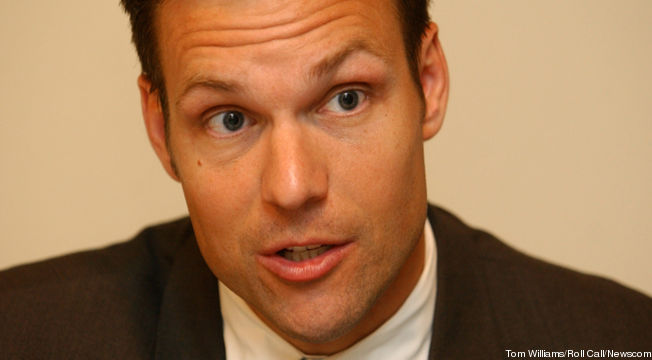 Kansas Secretary of State Kris Kobach, an informal advisor to Republican presidential candidate Mitt Romney, said on Thursday he and his fellow members of a state board were considering removing President Barack Obama from the Kansas ballot this November.

Kobach is part of the State Objections Board along with Attorney General Derek Schmidt and Lt. Gov. Jeff Colyer, all Republicans. The Topeka Capital-Journal reported that on Thursday the board agreed consider whether to take Obama off the ballot because they said they lacked sufficient evidence about his birth certificate.

â€œI donâ€™t think itâ€™s a frivolous objection,â€ Kobach said, according to the Capital-Journal. â€œI do think the factual record could be supplemented.â€

The board is looking at a complaint filed by Joe Montgomery, of Manhattan, Kan., who claimed the Obama is not a natural born U.S. citizen and so is ineligible to be president. The man appears to be part of a group of conspiracy theorists known as â€œbirthers,â€ who deny Obamaâ€™s birth certificate is real.

Late Thursday, Kobach told TPM in an email conversation that he made his â€œfrivolous objectionâ€ comment at the end of the meeting and was responding to a specific question.

â€œA â€˜frivolousâ€™ argument, in legal terms, is one that cannot reasonably be made under any circumstances,â€ Kobach wrote. â€œThe objection passed that very low threshold, which is not saying much.â€

The board will send records requests to Hawaii, Arizona and Mississippi for more documentation of Obamaâ€™s birth. They plan to meet again on Monday to discuss the matter. Arizona Secretary of State Ken Bennett questioned Obamaâ€™s birth certificate earlier this year and also briefly considered removing him from the ballot.