Kelly: ‘We didn’t cover ourselves in glory’ over handling of Porter 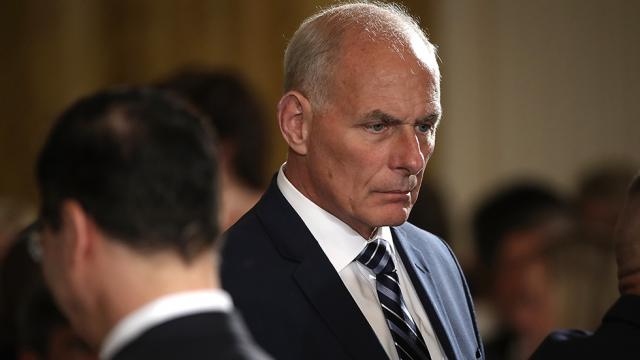 Kelly also defended himself, saying he only knew about claims of emotional abuse and was unaware of accusations that Porter struck one of his ex-wives when he publicly praised Porter.

“We didn’t cover ourselves in glory in how we handled that,” Kelly told reporters at the White House.

The chief of staff said he engineered Porter’s exit once he learned about the physical abuse allegations, which were backed up by a photo showing ex-wife Colbie Holderness with a black eye she claims Porter gave her.
Kelly said he first learned of “serious” accusations against Porter through the media.

He said Porter had denied the allegations, which Porter allegedly did by telling a group of journalists that his ex-wife had injured her eye in a fall. Kelly said Porter was a well-respected member of Trump’s team and the allegations left the staff shaken.