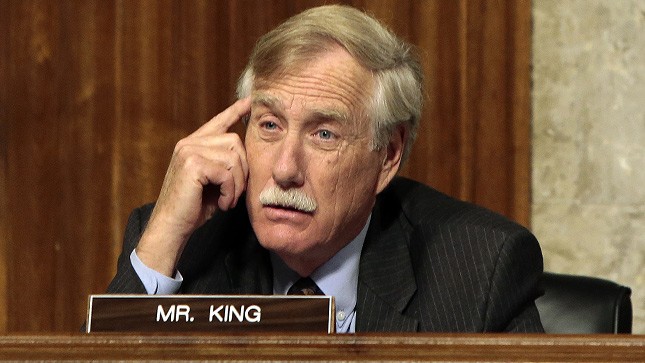 Sen. Angus King (I-Maine), who caucuses with the Democrats, will decide after the midterm elections whether to switch sides and join the Republicans.

He is leaving open the possibility of aligning himself with the GOP if control of the upper chamber changes hands.

“I’ll make my decision at the time based on what I think is best for Maine,” King told The Hill Wednesday after voting with Republicans to block the Paycheck Fairness Act, a measure at the center for the 2014 Democratic campaign agenda.

King’s remarks are a clear indication that congressional leaders on both sides of the aisle will have to woo the 70-year-old senator in order to recruit him to their side.

That lobbying battle could be especially intense if King’s decision determines which party will control the chamber in the next Congress.