Klobuchar 2020 campaign struggles to hire amid claims she mistreats staff 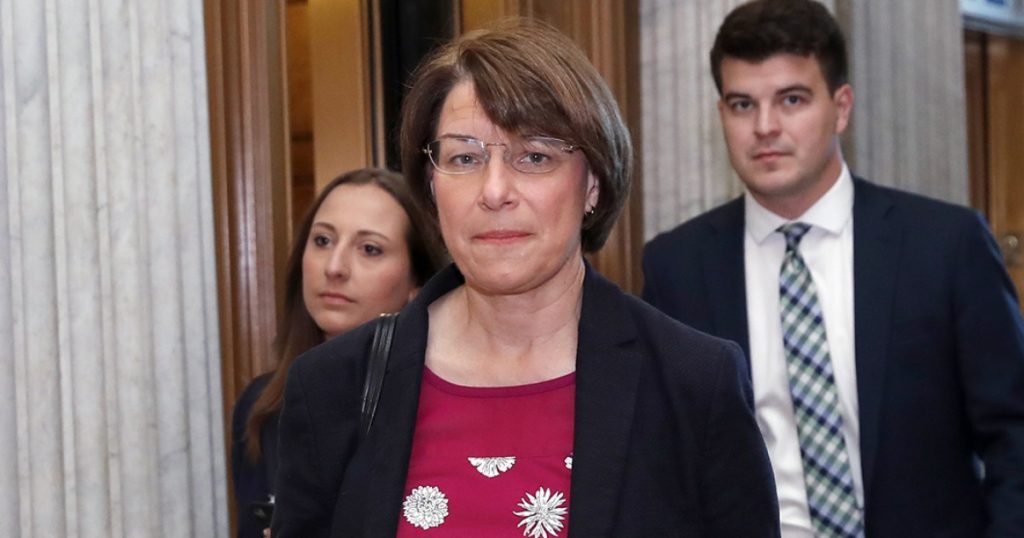 Sen. Amy Klobuchar’s alleged mistreatment of staff threatened to derail her speculated White House bid before it had even begun, according to a report.

At least three potential top campaign aides withdrew their names from consideration because of the reputation that preceded the Minnesota Democrat, who is set to officially launch her run for the party’s presidential nomination on Sunday in Minneapolis, and the work environment she cultivates for her team, according to the Huffington Post.

The report is at odds with Klobuchar’s efforts to tease her candidacy by touting the importance of Midwestern values in federal politics. The three-term senator, who won her 2018 re-election by a landslide margin of 24 percentage points, titled her 2015 book, The Senator Next Door: A Memoir from the Heartland.

The allegations leveled against Klobuchar include making staffers cry over being late, habitually having their work products described as “the worst,” sharing criticism in group emails, and tasking them with personal errands in violation of Senate ethics rules. She has previously struggled to fill her chief of staff role.