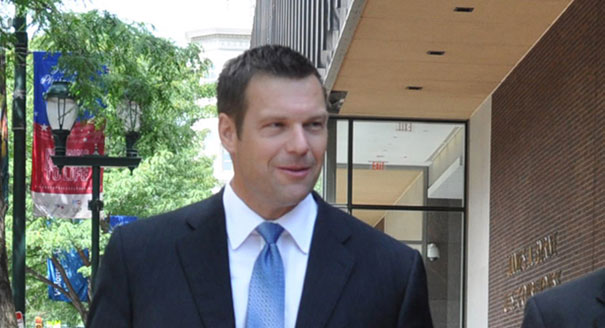 â€œThe Directive is an extension of the DREAM Act, which was rejected by Congress, and aims to grant an amnesty to 1.7 million illegal aliens. It violates federal immigration laws that require certain aliens to be placed in removal proceedings,â€ Kobach said in a statement.

TheÂ directiveÂ allows young illegal immigrants who met certain criteria be allowed to stay in the country. To qualify, an individual must have come to the United States before they were 16 and be a student, high school graduate or military veteran. They must have also been in the country for five years, and not be considered a risk to national security or public safety.

The plaintiffs argue that such a decision requires legislative approval, and are asking the court to declare it unconstitutional. Obamaâ€™s directive resembles the DREAM Act, which most recently failed to pass the Senate in 2010 and put forth similar criteria that would allow some illegal immigrants to stay in the country.

â€œWe are federal law enforcement officers who are being ordered to break the law,â€ Chris Crane, plaintiff and president of the ICE Agents and Officers Union, said in a statement. â€œThis directive puts ICE agents and officers in a horrible position.â€