Late-Night Host Flips Off Trump Supporters, Tells Them to ‘Go Away’ 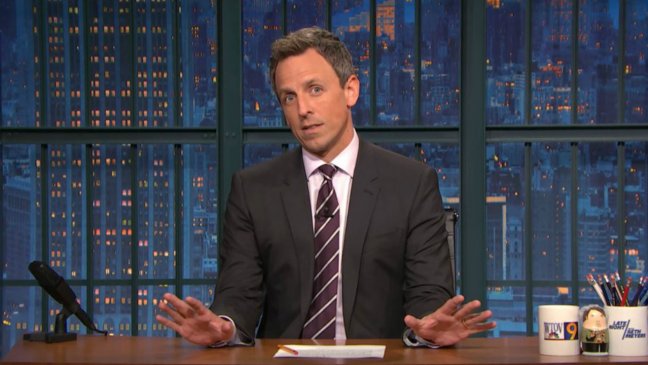 NBC late-night host Seth Meyers on Wednesday night burned bridges with any remaining viewers of his who still support President Trump, telling them to go away and flipping them off.

Inspired by Eminem’s anti-Trump freestyle rap at the BET Hip Hop Awards on Tuesday night, Meyers told Trump supporters to “get off the fence” and pick a side between the president and his show — which he noted “constantly mocks and denigrates everything about [Trump].”

“I know it’s a tough call,” the smarmy host continued. “But the time has come to make a decision.”

He then rapped, “My name is Seth and I’m here to say — if you like Trump, then go away,” and flipped the bird to punctuate his message.