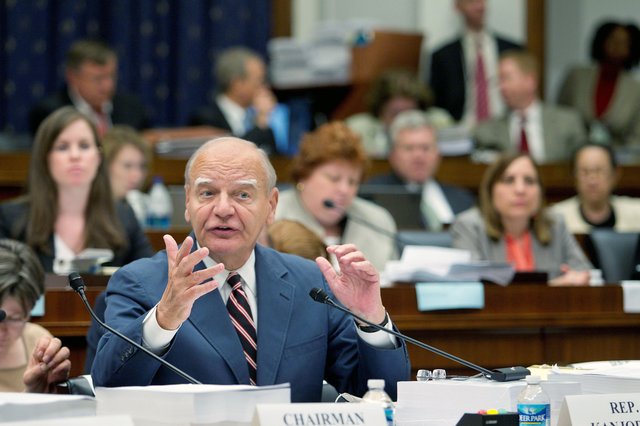 By Joseph Weber, The Washington Times

Already locked in a tight re-election race, Pennsylvania Democratic Rep. Paul E. Kanjorski did not help his cause after Republicans jumped on his offhand comment this week implying minorities are not “good American people.”

Conservative websites promptly highlighted the lawmaker’s remarks Wednesday at a Capitol Hill negotiating session over a new financial reform bill, recorded by the C-SPAN cameras and viewable on YouTube.

Trying to argue the reform bill will help a broad number of people struggling in today’s economy, Mr. Kanjorski remarked, “We’re giving relief to people that I deal with in my office every day now, unfortunately.”

Republicans swiftly demanded an apology as the congressman’s staff attempted to clarify the comments.

“That he does not believe minorities are ‘average, good American people’ uncovers a harsh inequity that has no place today, never mind at the seat of government.” said Tory Mazzola, National Republican Congressional Committee spokesman. “Paul Kanjorski owes an apology.”

Lou Barletta, the Republican mayor of Hazleton, Pa., who is challenging Mr. Kanjorski this fall, also called for an apology and said he was especially puzzled by the “defective” comment.

“He needs to explain what a defective person is,” Mr. Barletta said.

Kanjorski spokeswoman Abigail McDonough said the congressman was fighting for government programs to help those hurt by the recession and was trying to push back against charges that those seeking government help were not looking for work.

“As congressman Kanjorski stated, these programs are meant to help people and families throughout the country who are unable to afford basic necessities,” she said. “Anyone trying to politicize this issue clearly doesn’t get it.”