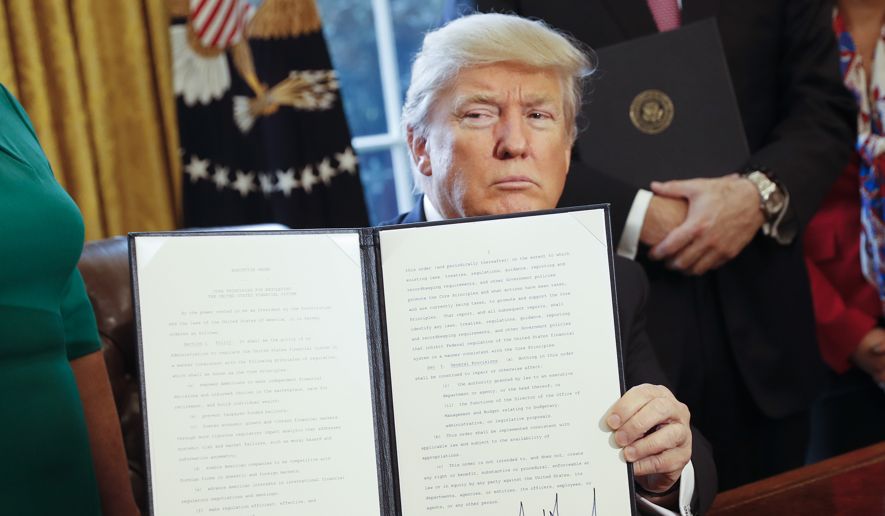 Advocacy groups and a labor union are suing the Trump administration over the president’s executive order requiring federal agencies to repeal two regulations for every new regulation adopted.

Calling the order “arbitrary, capricious, an abuse of discretion, and not in accordance with law,” the groups allege in a lawsuit filed Wednesday in federal court that President Trump’s directive will force the repeal of regulations or prevent agencies from adopting regulations that are “needed to protect health, safety, and the environment, across a broad range of topics — from automobile safety, to occupational health, to air pollution, to endangered species.”

They say the order violates the Administrative Procedure Act, the statute that gives federal agencies their rule-making authority.

The groups that filed the lawsuit in the U.S. District Court for the District of Columbia are Public Citizen, a progressive consumer rights advocacy group; the Natural Resources Defense Council, a nonprofit international environmental advocacy group; and the Communications Workers of America, the nation’s largest communications and media labor union. 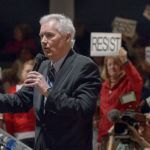 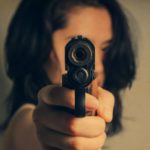 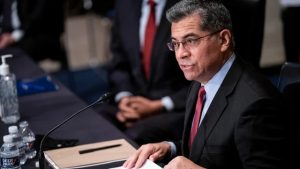 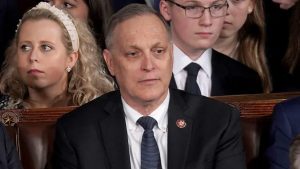 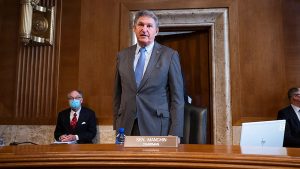 President Trump’s directive will be carried out be the people he hires to head these different agencies. Even if a court overturns the executive order, Trump appointees can still purge their areas of worthless regulations.

Everyone who is a recipient of government tax payer funds is against anything and everything that upsets their ship.

Good luck, Dem unions and advocacy groups. You’re not going to prevail. The president is within his power to do this. The regulating bodies will decide to their welfare whether or not to comply.

Somebody has to stop this crap. For the first time in 8 years we have a President who has listened to THE PEOPLE and even before inauguration had saved jobs….How can he get anything done if he is stopped everytime he makes a more, this is illegal and unnecessary.. These people are not the Democrats that I grew up with, we were all Americans who cared about our country and when a new group took over they allowed them to get started at least before they started to call out their every action. Donald Trump can and will make AMERICA GREAT AGAIN, IN SPITE OF THE DAMN SOCIALIST SOROS AND OTHERS…SO STOP SCARING EVERYBODY AND LET HIM SHOW WHAT A GREAT COUNTRY CAN BE AGAIN, APPARENTLY YOU’VE FORGOTTEN. …FOR THE YOUTH OF OUR COUNTRY, YOU DON’T KNOW HOW GOOD WE HAD IT, BUT WE HAD TO WORK FOR IT AND LIFE WAS ONCE THE SHOWCASE OF AMERICA, NOW LOOK WHAT YOU ARE DOING TO IT??? STUPID TO LET OTHERS TELL YOU WHAT TO SAY AND PROTEST FOR…Go to school where you can learn about our Country, the schools have been failing in this regard, so you don’t even know what you are protesting…get some gumption and do something productive, you might even feel a little pride???

I don’t see how the groups mentioned have ANY LEGAL STANDING to sue?

sounds like a great idea. Enforce the laws we have stop making more

But then they could not buy people to get elected.

Power brokers and establishment big wigs are in a panic. Their free rides are coming to a end.

That is what they all are afraid of ,Time to get the Unions out of Gov.jobs.

We should use the action of if it don’t work don’t fund it.

“How dare this business man try to make things efficient? We unions, and others, will not stand for it. We have our ways of doing things, and we like them.”

Unions are for people that couldn’t keep a job, under normal circumstances.

Not exactly, if it had not been for unions our work week would still be six days a week and there would be no overtime pay and other things such as that . If Management had always been fair there would never have been a union. All unions are not the same. Trade unions that teach people a trade and employ them at a fair wage were a great thing but the greed and abuse by a few has ruined that. Don’t sell them short on what they have accomplished but that does not mean they can do as they wish forever and at others expense.