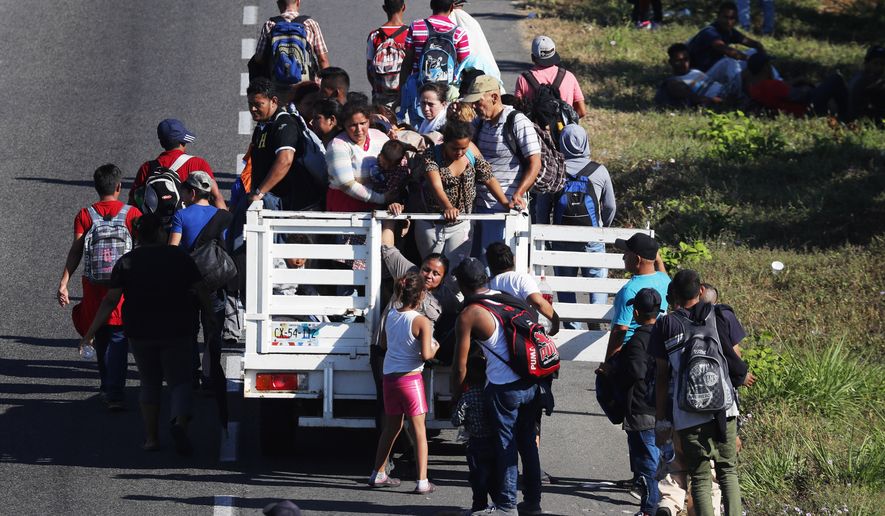 Asylum-seekers who arrive at the southern border and claim to be LGBT are exempt from the U.S.-Mexico “Remain in Mexico” policy and will not be returned to Mexico to await decisions by U.S. immigration judges, several U.S. border officials told the Washington Examiner.

“Mexican immigration is not taking anybody back into Mexico under the MPP [Migration Protection Protocols] program that’s identifying as part of the LGBT community. If they say they’re gay or bisexual, any of those, Mexico won’t take them back,” one official said.

Rank-and-file officers working at ports of entry as well as agents who process asylum-seekers who have illegally crossed from Mexico and are to be returned south of the border are well aware asylum-seekers who identify as LGBT are not eligible for the program, according to three senior U.S. Customs and Border Protection and National Border Patrol Council officials.

The first official suggested the department has kept it hush-hush out of fear non-LGBT people would attempt to exploit the loophole to gain immediate entry because “there is no standard — no way to prove” a person’s claim is true or false.