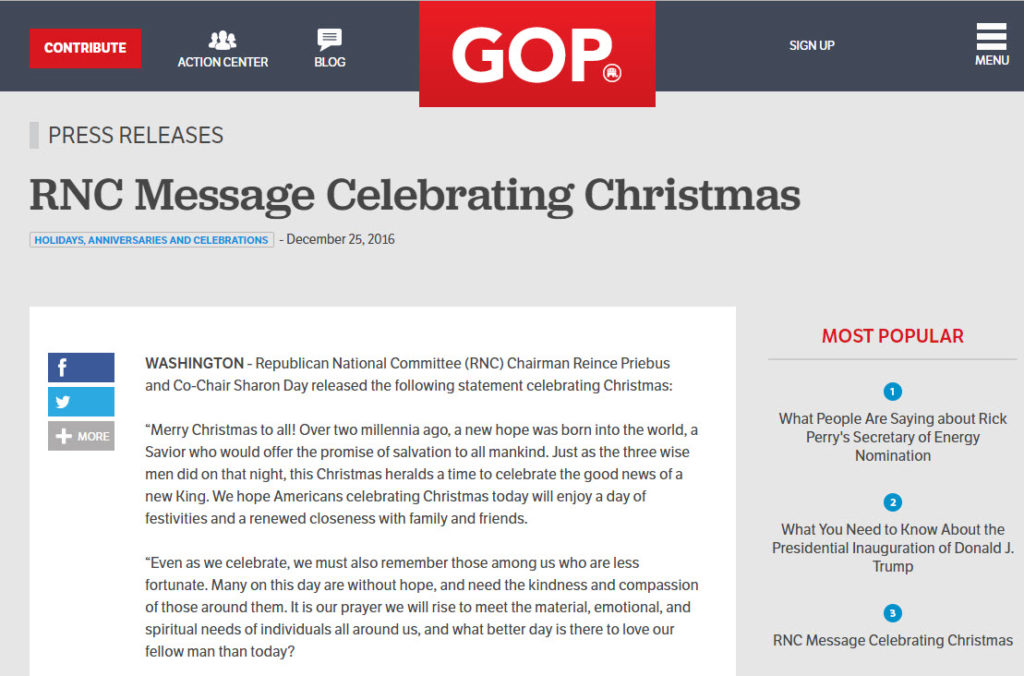 RNC chairman Reince Priebus put out a statement celebrating Christmas that said in part: “Just as the three wise men did on that night, this Christmas heralds a time to celebrate the good news of a new King. We hope Americans celebrating Christmas today will enjoy a day of festivities and a renewed closeness with family and friends.”

The response to the statement was swift. Jonathan Chait, a liberal writer for New York magazine, said, “The distinction between a president and a king is not trivial.” Kyle Griffin, a producer for MSNBC’s “The Last Word,” tweeted, “No joke—This line is actually in the RNC’s Christmas message.” And Politico reporter Glenn Thrush quoted the statement and wrote “#KEOTUS,” meaning “King-elect of the United States.”

BuzzFeed asked Spicer if the RNC made an intentional comparison between Trump and Jesus, and he responded, “I hope you are kidding. Christ is the King in the Christian faith. To ask this on Christmas is frankly offensive.”