Limbaugh after Bill Clinton speech: ‘Why would he ever cheat on such a wonderful woman?’ 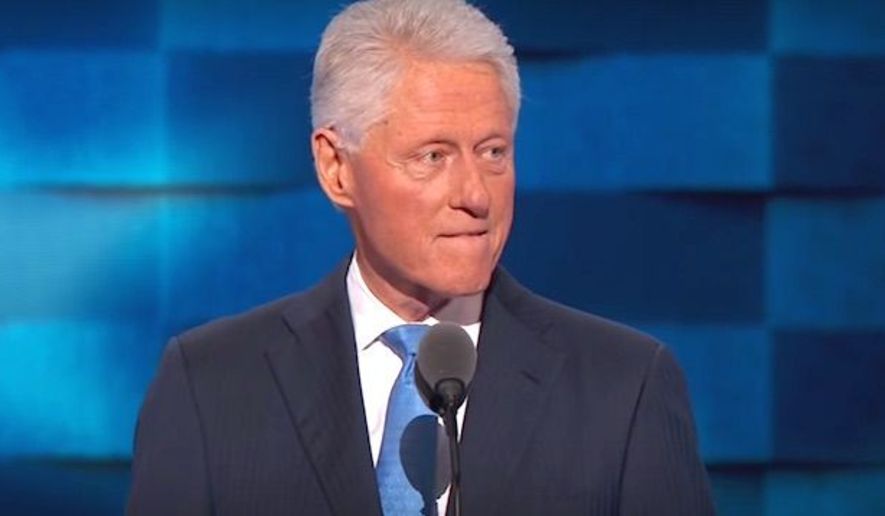 Radio host Rush Limbaugh made a plea to his listeners on Wednesday to have them grab nearby Millennials so he could give them the “real” story on Bill and Hillary Clinton before asking: “Why would he ever cheat on such a wonderful woman?”

The former president gave what Mr. Limbaugh called a “superb” performance at the Democratic National Convention in Philadelphia Tuesday night. The conservative commentator said that while many young people on social media “are not buying” the political pitch, many of the 24.3 million Americans who watched the event are unfamiliar with his past.

“Bill Clinton is the guy that said, ‘The era of Big Government is over.’ Whether or not he meant it or not, he said it. Any number of other things: The crime bill, a hundred thousand new cops. He did everything in opposition to Black Lives Matter and the things that animate the existence of the Democrat Party today,” Mr. Limbaugh said.

“And that brings me to another question: Why would he ever cheat on such a wonderful woman? In fact, how could such a wonderful woman — a perfect 10, she was made out to be — how could that woman actually be the most cheated-on woman in America? Which she is. Aside from that, why would he ever put at risk such a beautiful, wonderful, unique, once-in-a-lifetime opportunity of a relationship like that?”