Limbaugh on Comey Hearing: Message to Trump Is Stop the ‘Drain-the-Swamp Stuff’ or Face Impeachment 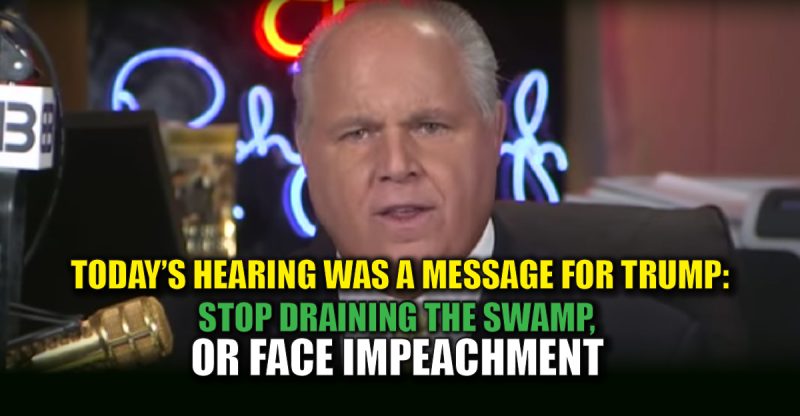 Limbaugh argued that although there were some good questions from Republicans members during the hearing, it was meant to be a warning shot at Trump — allow Washington Republicans to run the town or face possible impeachment.

These hearings today, what happened last week and the week before that, what happened during the transition period… What all of this is can be explained simply by saying, “Look at how terrified they are in the Washington-New York establishment, of Donald Trump and draining the swamp.” The Never Trumpers on both sides of the aisle. There are conservative Never Trumpers today celebrating over the fact that Comey made it official that there’s an investigation of Trump and colluding with the Russians.