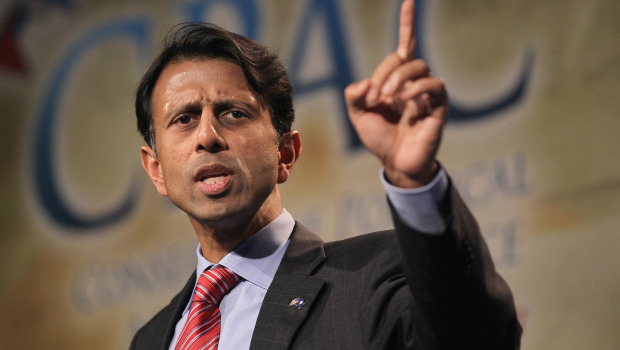 As things come down to the wire regarding Gov. Mitt Romney’s pick for a VP and individuals like General David Petraeus, Rep. Paul Ryan, and Senator Rob Portman are pitched as possibilities, it seems worthwhile to look at another candidate whose name has not been raised as much, but who is a viable choice in the minds of many conservatives nonetheless.

The candidate to which I allude is Bobby Jindal, a Republican who is a conservative first, and who has proven himself as the Governor of Louisiana since 2008.

I stress Jindal’s conservatism because, while a lot of people will act conservative in order to get their name on the ticket,Â Jindal actually is conservative. And he has spent his time in office defending and fighting for things like smaller government, states’ rights, and the 2nd Amendment.

For example, just think back to the summer of 2008, the very first summer that Jindal was in office, when the Supreme Court ruled that sex offenders couldn’t be executed for sex offenses. In other words, the court said that states did not have the power to formulate and carry out justice on these types of crimes, state-level laws and statutes notwithstanding.

So what did Jindal do? He called the ruling “an affront to the people of Louisiana” and signedÂ a lawÂ called the “Sex Offender Chemical Castration Bill.” The bill gives sex offenders in Louisiana a choice: chemical castration or physical castration. Moreover, it forces them to be castrated but does not commute their sentence.

Bottom line: Jindal responded to the court’s ruling by doing everything in his power to be sure sex offenders are punished to the utmost in Louisiana.

Jindal is also a thinker who understands the history of conservatism and grasps the foundations of the political philosophy. Â Even CBS News admitted this in 2009, when theyreportedÂ that “the briefest conservation with Jindal leaves the impression that he is deeply knowledgeable and passionate.” CBS did, however, report in a roundabout way that Jindal’s thoughts and passions may actually be too deep and too detail-oriented to be viable for the national stage, “where attention spans are short.”

I personally, and respectfully, believe CBS is wrong on that last point. Ronald Reagan often went to pains to explain policies and reasons behind policies to the American people. And instead of complaining, the people soaked up every word and re-elected him in a landslide victory (1984) for it.

Many would say Jindal has the added attraction of being a minority, a governor of Indian, or Indian-American, heritage. Although I certainly see a short term benefit in this, as there may be a small number of people who would support the Republican ticket because of Jindal’s ethnicity, I ultimately reject it as paramount because conservatives, unlike Democrats, aren’t caught up in racial paradigms. We don’t care what the skin color is. Rather,Â we pay attention to the convictions.

Fortunately, Jindal has the convictions necessary to prove his conservatism is genuine.

If Jindal has a weak spot, it’s the fact that he’s governor of a state that Romney will easily win with or without Jindal on the ticket. Louisiana is a red state when it comes to presidential elections, therefore adding Jindal to the ticket does not guarantee Romney a victory in any of the swing states (Ohio, Penn., Colorado) that Romney so desperately needs to win.

If either Rubio or Jindal are chosen as VP, I will not vote. Although they are great conservative politicians, neither of them is a natural born citizen.

Bibbi Jindal would be the only nominee That would cayapult me to even votng in this election.
He’s fresh. He is not afraid to peacefully justify his reasoning on issues. He ia above all FAIR !
He;s probative and realizes he is the spokesman/caretaker of his constituents. Otherwise the usual milktoast considerations will NOT be able to swing ant independent voters to the GOP corner.
Face it we chose the wrong candidate to defeat Obama. Gingrich was right ! If we didn’t choose him (regardless of his past transgressions), then there would be no chance of getting a republican president in office. Jindal would be the logical savior for this “no choice”
situation.