Maxine Waters warns supporters of possible ‘armed protests’ against her 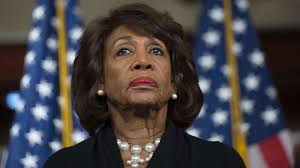 Rep. Maxine Waters warned supporters on Wednesday of potential “armed protests” against her after an extremist group called for ongoing demonstrations outside her office in Los Angeles.

In a lengthy statement issued late Wednesday, Waters, D-Calif., said she’d been notified about forthcoming protests by the Oath Keepers, which she described as “an anti-government militia” that’s staged armed protests in cities across the country.

She warned her supporters against being “baited” into counter-demonstrations or confrontations with the organization, which she said has a track record of “violent and provocative behavior.”

“I am requesting those individuals and groups planning a counter-protest to not be baited into confronting the Oath Keepers with any demonstrations in opposition,” Waters said. “Such an occurrence would only exacerbate tensions and increase the potential for conflict.”