McCain: Hispanic vote ‘up for grabs’ 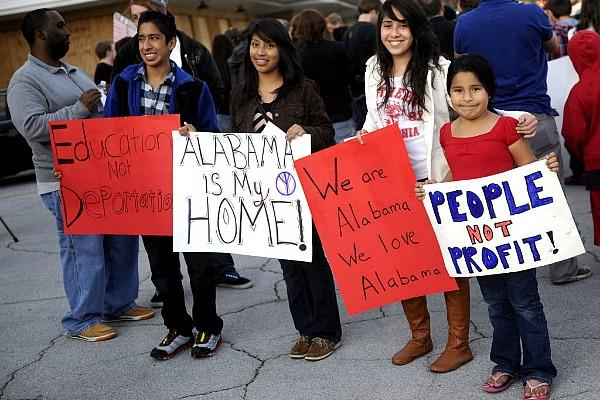 Sen. John McCainÂ said Sunday that the potentially powerful Hispanic vote in the upcoming presidential election remains “up for grabs” because neitherÂ President Barack ObamaÂ nor Republicans have convinced these voters that they are on their side.

The one-timeÂ GOPÂ presidential hopeful, whose own 2008 candidacy was shaped in part by immigration, said that large Hispanic populations in his home state ofÂ ArizonaÂ and elsewhere are listening carefully to what Republican candidates have to say on immigration and could become a “major factor” in 2012.

“I think that the Republican Party has to discuss this issue in as humane way as possible,” he said. He later added, “The enthusiasm on the part of Hispanics for President Obama is dramatically less than it was in 2008, because he has not fulfilled his campaign promises either. So I view the Hispanic vote up for grabs.”

McCain comment, onÂ CNN‘s “State of the Union,” is a warning to the GOP primary candidates who have mostly embraced a hard line on immigration, lest they be accused of supporting any kind of “amnesty” for the some 12 million illegal immigrants estimated to be living in the U.S.

Newt GingrichÂ was most recently attacked by his opponents for saying he would grant legal status to those with longstanding family and community ties; he has since endorsed aÂ South CarolinaÂ law that allows police to demand a person’s immigration status.

QUIZ:Â Could you pass a US citizenship quiz?

McCain said he believes the Hispanic vote could sway Arizona,Â ColoradoÂ andÂ New Mexico. The key, he said, was for Republicans to address immigration in a humane and pragmatic way that every voter could appreciate. More specifically, McCain said, GOP presidential candidates should find a way to address the status of illegal immigrants already in the country while finding a way to secure the border to deter others from crossing the border.

In 2008, McCain watched his own standing in the election suffer when he backed a plan to give some illegal immigrants an eventual path to citizenship.

Gingrich has challenged his GOP opponents to come up with their own plans for dealing with the millions inside the U.S. illegally.