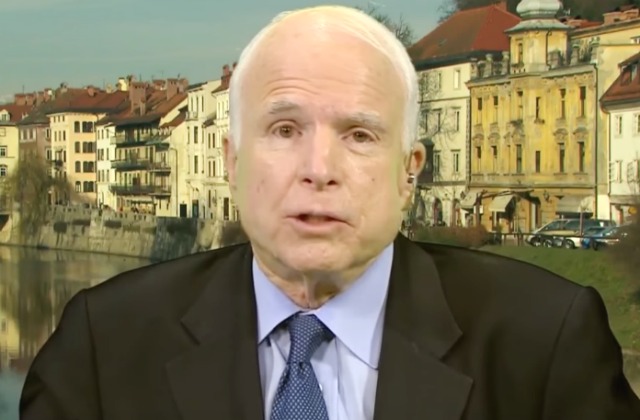 Sunday on CBS’s “Face the Nation,” Sen. John McCain (R-AZ) said the administration of President Donald Trump was “probably was partially to blame,” for the deadly chemical weapons attack in Syria.

McCain referred to Secretary of State Rex Tillerson comments in March that “the longer-term status” of Syrian President Bashar al-Assad will be decided by the Syrian people, McCain said, “I think it probably was partially to blame. And Secretary Tillerson is basically saying the same thing after kind of contradicting himself and then saying the same thing argues vigorously for a plan and a strategy. As I said, again, taking this action, I support and was important. But we have got to have a strategy and a plan to follow through.”