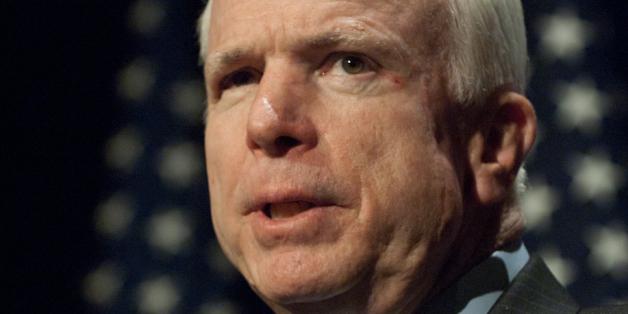 The politician who once best exemplified the idea of a “maverick” independent has shifted so far to the right that he is now tied for the title of the Senate’s most conservative member, according toÂ National Journal‘s 2010 vote ratings.

According to a comprehensive examination of 96 Senate votes taken in 2010, Sen. John McCain, R-Ariz., along with seven of his colleagues, voted most often on the conservative side. His 89.7 composite conservative score ties him with stalwarts like Sen. Jim DeMint, R-S.C., and gives him a more conservative score than Sens. Tom Coburn, R-Okla., and Jeff Sessions, R-Ala.

McCain’s shift is emblematic of the Republican Party’s shift rightward and of the profound changes that NJ’s latest Vote Ratings reveal in Congress. A detailed analysis, including an interactive chart that will allow readers to examine and manipulate the data, will be available tomorrow.

When McCain began preparing for a presidential bid in 2006, he was the 46th-most conservative member of the Senate (Because he was on the campaign trail, McCain missed too many votes in 2007 and 2008 to be given a rating). Then-Sen. Barack Obama, meanwhile, began his campaign at the far left end of the political spectrum.Â National Journal ranked Obama the Senate’s most liberal member in 2007, a year when he was launching his 2008 presidential bid.

Because he was a senator known for working across the aisle with liberal Democratic senators such as the late Edward Kennedy and the recently defeated Russ Feingold, there was some speculation that McCain, after losing to Obama in 2008, might become a key ally for the new president. Instead, McCain became one of Obama’s fiercest critics, more likely to be standing alongside Senate Minority Leader Mitch McConnell, R-Ky., (a one-time adversary of McCain on campaign finance) than with any Democrat.

McCain’s conversion from Senate centrist to one of the chamber’s most conservative members came in a year that brought him a tough primary challenge from former Rep. J.D. Hayworth. Hayworth zeroed in on McCain’s advocacy of campaign finance reform and comprehensive immigration reform to portray him as too moderate for Arizona Republicans. McCain moved right on immigration and said little about campaign finance in a year when his party benefited from a huge influx of funds from donors who took advantage of a loophole in the tax code to make campaign contributions without disclosing their identity.

Though McCain’s latest NJ ranking is a stark contrast with his past record, the senator’s spokeswoman, Brooke Buchanan, said his ideology has not changed. “But I can assure you,” she added, “the legislative agenda in the Senate sure has.”