McChrystal article renews attention to split with Biden over Afghanistan 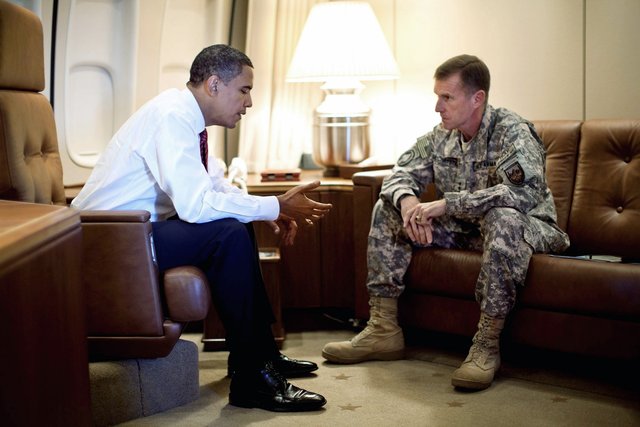 Vice President Biden may have lost the battle last fall over the administration’s Afghanistan strategy. But with Gen.Â Stanley A. McChrystal — his chief rival during the protracted debate — now in trouble, will Biden be poised to win the bigger war?

Biden was a chief target of McChrystal’s scorn in aÂ Rolling Stone profile of the general that hijacked the White House this week. Though many of the damning quotes in the piece were anonymous, McChrystal gave a nine-word, on-the-record dismissal of Biden that infuriated the White House.

“Are you asking about Vice President Biden?” McChrystal said jokingly, in an imagined exchange with a hypothetical questioner. “Who’s that?” (An anonymous McChrystal aide took it a step further, saying: “Biden? Did you say, ‘Bite me’?”)

The underlying tension between the two men dates to last fall’s strategy review, in which Biden argued for a narrower counterterrorism approach that would focus on targeting al-Qaeda leaders. McChrystal argued for a broader counterinsurgency strategy — one requiring many more troops, with a mission of securing the civilian population and reinforcing the government. In the end, Obama sided mostly with McChrystal.

Six months later, questions abound about whether that plan is working. Administration officials stress that it is still being implemented, and that no revisions to the strategy will be considered before a planned review in December. But progress has been slow, with missions inÂ Marja andÂ Kandahar behind schedule. Political support within Washington for remaining in Afghanistan, especially among Democrats,Â has waned.