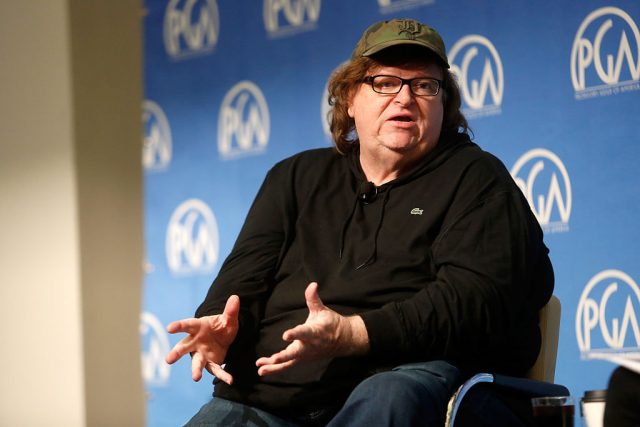 Michael Moore is blaming terrorist attacks that haven’t happened yet on Donald Trump.

The director railed against the president-elect’s decision not to attend the daily intelligence briefing in a lengthy Facebook post titled “Donald Trump Is Gonna Get Us Killed” late Tuesday night.

“Most would agree the #1 job of the leader of any country is to keep its people safe,” Moore wrote on Facebook. “There is no more important meeting every day for the President than the one where he learns what the day’s potential threats are to the country.”

“That Trump would find it too cumbersome or too annoying to have to sit through 20 minutes of listening to his top intelligence people tell him who’s trying to kill us today, simply boggles the mind,” he continued.

“So, my fellow Americans, when the next terrorist attack happens — and it will happen, we all know that — and after the tragedy is over, amidst the death and destruction that might have been prevented, you will see Donald Trump acting quickly to blame everyone but himself. He will suspend constitutional rights. He will round up anyone he deems a threat. He will declare war, and his Republican Congress will back him.”