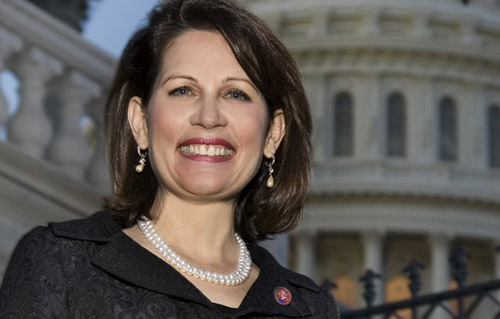 The third-term lawmaker, who formed the Tea Party Caucus last year, is making her third trip to Iowa in eight months. She will seek advice from local party leaders, as well as speak at a Jan. 21 fundraiser for the Iowans for Tax Relief political action committee.

Should she run, Bachmann would join a field of candidates that could include four former governors â€” Mike Huckabee (Ark.), Sarah Palin (Alaska), Tim Pawlenty (Minn.) and Mitt Romney (Mass.) â€” as well as Sen. John Thune (S.D.), Rep. Mike Pence (Ind.) and former Speaker Newt Gingrich (Ga.), all of whom are rumored to be weighing bids.

Bachmann also has an opportunity to run for Senate. Public Policy Polling, a Democratic-leaning firm, released a poll last month that showed her well ahead of other potential Republican candidates looking to take on Democratic Sen. Amy Klobuchar. However, the poll also showed her trailing Klobuchar in a general election matchup by 17 points.

With her options open, Bachmann Chief of Staff Andy Parrish told ABC News, â€œNothing is off the table.â€