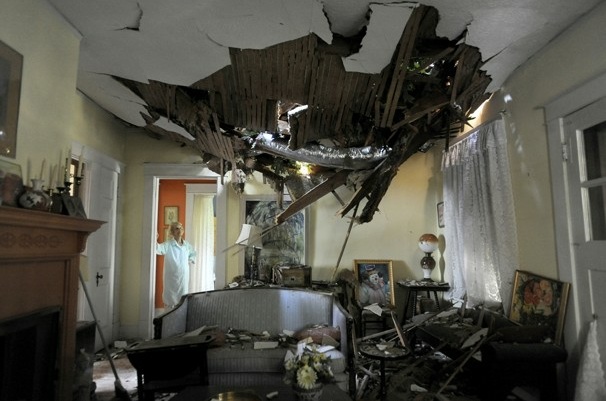 WASHINGTON â€” A weekend without electricity was already trying for millions in the sweltering, storm-swept mid-Atlantic region. But Monday morning brings another grim challenge when many embark on a difficult commute over roads with darkened stoplights and likely mass-transit delays.

To alleviate congestion around Baltimore and Washington, federal and state officials gave many workers the option of staying home Monday. Federal agencies will be open in Washington, but non-emergency employees have the option of taking leave or working from home. Marylandâ€™s governor also gave state workers wide leeway for staying out of the office.

â€œIf you have to drive or need to drive, leave yourself a lot of extra time,â€ Maryland State Highway Administration spokesman Charlie Gischlar said. â€œThereâ€™s going to be delays.â€

All 86 Metro subway stations in the Washington area were open, but delays were possible Monday because power was being routed through the system to serve some areas where power was not being supplied by commercial utilities, spokesman Dan Stessel said. Some stations in Montgomery County were running on backup power, he said, meaning escalators may not work â€” bad news for commuters braving the stifling heat. Metro bus riders were expected to experience significant delays.