Military families would take a $5,000 hit in benefits with Obama budget 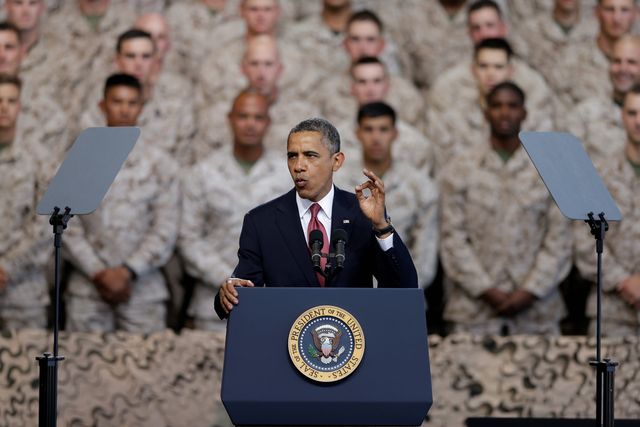 If President Obama and Defense Secretary Chuck Hagel get their way, a typical U.S. Army sergeant stands to lose up to $5,000 in annual benefits, according to a leading veterans group that is mobilizing for battle over the proposed cuts to the retirement, health care and other compensation offered to those who serve.

The budget restructuring outlined by Mr. Hagel last month calls for a series of politically tricky compensation reductions that risk outraging active-duty and retired service members who signed up for duty with the belief that they could rely on a rock-solid pension system to help pay for expenses such as food, housing, health care and college tuition for their children.

The Military Officers Association of America has calculated the cost for that Army sergeant, and its analysts say officers stand to lose even more under the Obama administration’s proposed fiscal 2015 budget. Mr. Hagel and other Pentagon officials say the military’s historically generous benefits must be trimmed to rein in costs and free up money to reshape the nation’s armed forces for challenges of the future.

Active-duty members approached by The Washington Times have shied away from speaking out on the issue, but some retired service members are weighing in with frustration and anger.