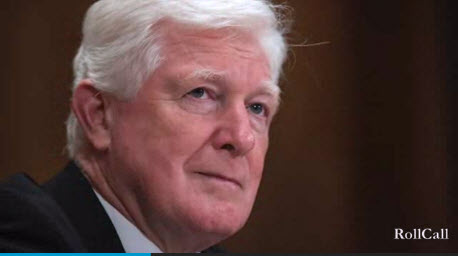 Despite what constituents outside of Washington might think, members of Congress are underpaid, a House Legislative Branch appropriator suggested Thursday.

Virginia Democrat James P. Moran said he plans to highlight the injustice by introducing an amendment to the Legislative Branch bill during its full committee markup, and at floor consideration of the bill. Moran made the comments while the bill that funds member’s $174,000 salaries was being marked up in the Legislative Branch subcommittee.

“I think the American people should know that the members of Congress are underpaid,” Moran told CQ Roll Call. “I understand that it’s widely felt that they underperform, but the fact is that this is the board of directors for the largest economic entity in the world.”

The senior appropriator pointed out that some members have taken to living out of their offices to save money, while others have “small little apartment units” that make it impossible to spend the time they should with their families.