Movement leaders say bad behavior not their cup of tea 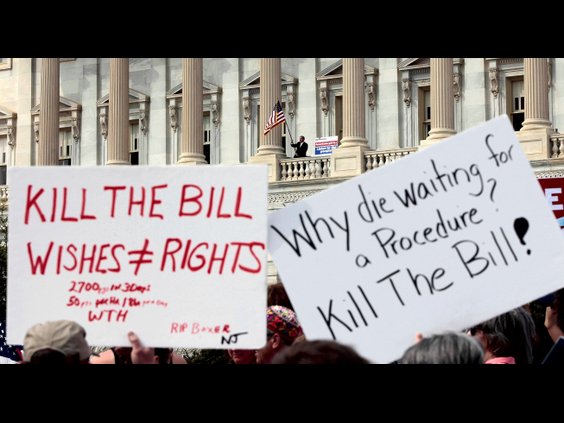 By Joseph Curl, The Washington Times

In the angry aftermath of the battle over health care, Republicans and “tea party” activists found themselves playing both defense and offense, condemning violent rhetoric and threats coming from their own ranks while accusing victorious Democrats of hyping the danger for political advantage.

Leaders of the tea party movement said Democratic lawmakers and the mainstream media were seizing on isolated, unrepresentative incidents to vilify the movement as a whole. The disparate, grass-roots movement supplied much of the passion opposing the health care overhaul, but the bulk of the coverage of their protests focused on racial and homophobic taunts targeting Democratic lawmakers.

“Liberals and Democrats, with help from their friends in the media, have tried to marginalize the tea party movement,” said Sal Russo, chief strategist for the Tea Party Express.

“First they said [the tea party movement] was AstroTurf, that these weren’t real people. … Then they said it’s just a bunch of crackpots, and they would go out and find the oddest person in the crowd. Now they’re using race,” he said. “But the attempts to vilify this movement is what you’d expect. It’s not going to work with the tea party.”

As new incidents of intimidation and vandalism targeting lawmakers surfaced Thursday, top congressional Democrats and Republicans united in condemning threats to lawmakers and their families, but immediately divided again over who was egging on the extremists.