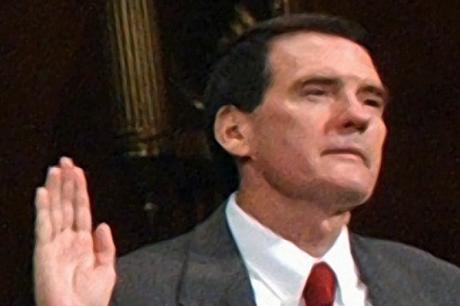 As Arizona officials continue to deal with Saturday’s shooting that killed six people including U.S. District Judge John Roll, the business of running one the nation’s busiest federal courts continues with no immediate word of permanent relief coming soon.

One unresolved legal question was answered Tuesday when it was announced that none of Roll’s colleagues in Tucson would hear the case against alleged shooter Jared Lee Loughner.

The order from U.S. District Judge Raner Collins said “because a judge has a duty to disqualify him or herself if his or her impartiality could be reasonably questioned” no judges from Tucson would hear the case.

Tuesday’s recusal order only covers judges from Tucson. Since Loughner’s initial court appearance Monday was in Phoenix, it isn’t immediately clear if the judges based there will also back away from future proceedings. If that happens, a judge from another Ninth Circuit district will likely preside over the case.

No matter how Loughner’s case proceeds, the fact remains that the Arizona district, which covers all federal courthouses in the state, had the seventh highest number of total filings per judge of the 94 district court regions across the country in 2009. A huge number of cases it processes are immigration-related.

In November, Roll wrote a letter to Ninth Circuit U.S. Court of Appeals Chief Judge Alex Kozinski saying the problem hadn’t gotten any better and formally asked for the declaration of a judicial emergency. He said an inexhaustible number of law enforcement agents and federal prosecutors had “produced a tsunami of federal felony cases far beyond the management capacity of the four active district judges in Tucson division.”

The problems that concerned Roll are not unique to Arizona but his death highlights the fact that his concern was also shared by others in the state.

On Dec. 21, Rep.Â Gabrielle Giffords, D-Ariz., who was also shot Saturday, and Rep. Ed Pastor, D-Ariz., sent a joint-letter supporting Roll’s call for an emergency declaration. “The District of Arizona is simply overworked and understaffed,” the two wrote to Kozinski. “Our courts are congested with an all-time high felony caseload, mounting backlogs, and the workload continues to grow.”

“I had just had lunch with him. In fact we were going to have lunch again on Tuesday,” Arizona Sen.Â Jon Kyl, a Republican, said Sunday on CBS’ “Face the Nation.” “And Judge Roll’s loss is going to be particularly important for the Arizona judiciary.” A spokesman with Kyl’s office told Fox News that Roll had long shared his concerns with the senator about the court’s bulging docket.