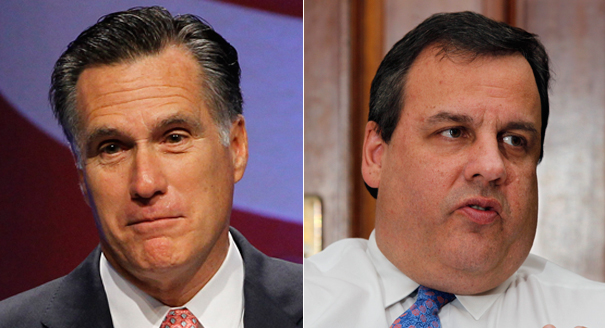 Chris Christie is getting beat in his own backyard, according to a recent New Jersey poll.

While Christie’s stood firm that he has no plans to run in 2012, if he did, he might have trouble winning votes in his home state.

Mitt Romney edges out a one-point lead over the New Jersey governor among New Jersey residents, 12 percent to 11 percent, according to a Rutgers-EagletonÂ poll released today. Sarah Palin comes in third with 10 percent of the vote.

The survey of 912 New Jersey adults was conducted Feb. 24-26 and has a margin of error of plus or minus 3.3 percentage points.