Napolitano: Border could be ‘more safe’ 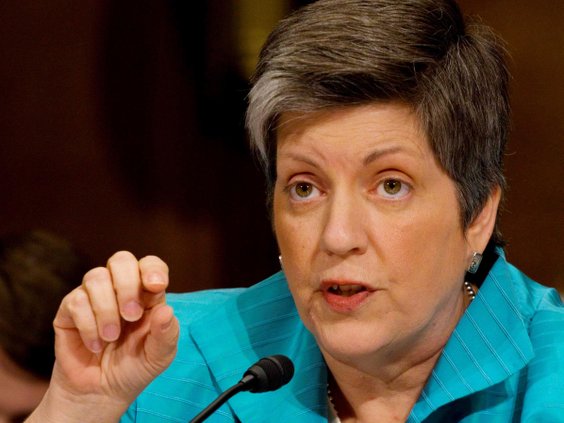 Homeland Security Secretary Janet Napolitano said Tuesday the U.S.-Mexico border is not as secure as it could be, though she contended that the Obama administration has shown an “absolute laserlike focus on that border.”

The border’s status has become a critical issue as Democrats push for a broad immigration bill that would include legalizing illegal immigrants, and Republicans push back, arguing voters want to see more work done to secure the border first.

Miss Napolitano, who last year kicked off the immigration debate by saying the border was secure enough and it was time to turn to legalization, said Tuesday there’s still more work to be done.

“It is as safe and secure as it’s ever been, but it can be more safe and more secure,” she said at a joint event with Mexico’s interior minister at the Brookings Institution in Washington.

But she also said the immigration situation won’t be solved until Congress and voters get beyond a focus on the border and address future flows of immigrants and temporary workers, as well as the estimated 11 million illegal immigrants already in the U.S.

The U.S. Border Patrol has staffed up dramatically, doubling in size from about 10,000 in 2004 to more than 20,000 now, and the government began a major infrastructure-building effort in 2006, including new fencing and vehicle barriers along nearly 650 miles of the border. Six miles of pedestrian fencing still needs to be finished to meet the goal set by Congress and Homeland Security during the George W. Bush administration.